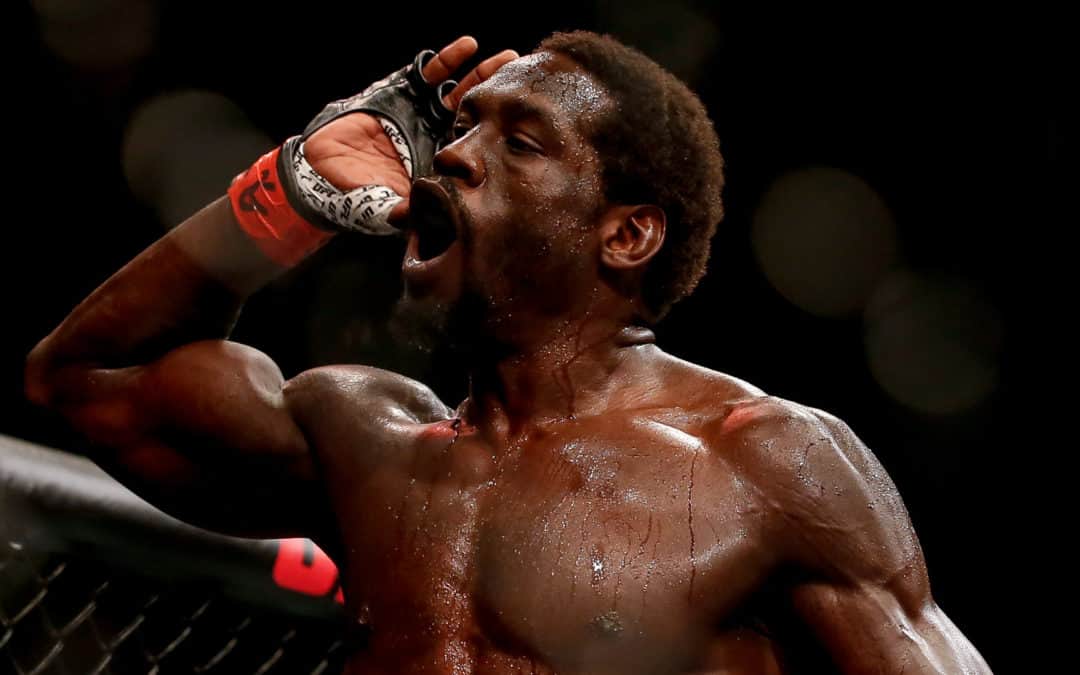 Anchorage’s Jared Cannonier made a triumphant return to the octagon with a five-round unanimous decision over Arizona’s Kelvin Gastelum in the main event of UFC Fight Night in Las Vegas.

Fighting for the first time in nine months, the 37-year-old Cannonier delivered a sharp performance to prevail in a battle between top-10 contenders in the middleweight division.

Cannonier outscored Gastelum 48-47 on all three judges’ scorecards – the slimmest of margins for a fighter who has slimmed down to 185 pounds after competing at light heavyweight and heavyweight earlier in this career.

In fact, Cannonier and Conor McGregor are the only two fighters in UFC history to earn knockouts in three division weight classes.

The former U.S. Army solider out of Alaska has the power to end a fight with one punch and he dropped Gastelum with solid right in the third round and added another big blow in the fourth round.

Jared Cannonier with the best shot of the fight thus far #UFCVegas34 pic.twitter.com/ExLdv5lqbG

Cannonier showcased his durability and defenses by dominating the later rounds to come from behind and post his first win by decision since 2016.

“It’s always glorious to go five rounds with a guy like Kelvin at that level,” Cannonier told reporters. “Winning is even more glorious, if you will. I’m happy.”

His seven UFC wins are tied for the most by a fighter from Alaska, matching Eagle River’s Lauren Murphy, who has a big fight coming up.

Cannonier could also land a title shot soon after picking up his fourth win in his last five fights.

He came into the night ranked as high as No. 3 in the middleweight division, so beating a fellow top-10 contender in Gastelum only helps his chances. Cannonier said he would love to get a shot at UFC middleweight champ Israel Adesanya, but also admitted he can’t afford to wait.

“I’m broke, so I need to fight,” he said. “Hopefully, I get that title shot. But the right name might make me say yes.”

Cannonier’s has taken an unlikely road to UFC stardom. Ten years ago, he was 300-pound FAA employee working on air traffic control equipment in Anchorage.

He lost more than 100 pounds chasing his MMA dreams, getting his start with the Anchorage Fighting Championships.

He won his only two amateur fights in 2011 before turning pro. He rattled off a 7-0 record when the UFC came calling in 2015.

Cannonier lost his UFC debut but bounced back to win three of his next four to set himself up as a bona fide UFC fighter. Along the way he’s faced some of the sport’s toughest opponents and built a remarkable resume.

In his last 6, Jared Cannonier has been in there with some monsters. 👀 #UFCVegas34 pic.twitter.com/ct1bsKQyhO