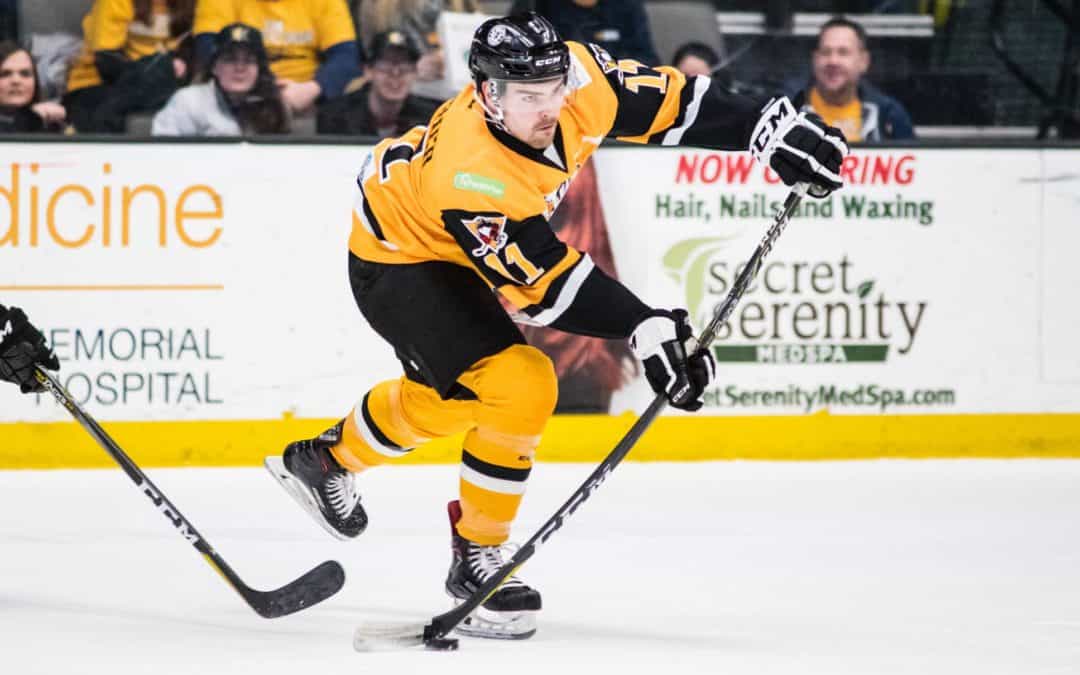 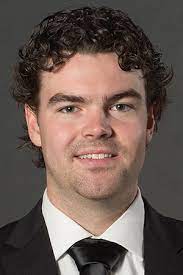 Anchorage’s Alec Butcher experienced what you might call an eventful Friday night at the rink.

He scored a goal for the ECHL’s Rapid City Rush. He furnished an assist. He made a short, early trip to the penalty box that resulted in an Allen Americans power-play goal. And he made a longer, late visit to the penalty box after the first fight of his professional hockey career, which has spanned 97 career games over three seasons.

All that added up to Butcher’s first Gordie Howe Hat Trick – a goal, an assist and a fight.

Butcher, 27, owns 4-2—6 totals in eight games for the Rush. That ties the forward for third on the team in goals and fifth in points.

He started the game by taking a tripping penalty less than three minutes in. Allen cashed in on the power play for a 1-0 lead. But Butcher made amends late in the second period when he assisted on a Logan Nelson goal that banked Rapid City a 2-1 lead. And early in the third period, Butcher scored on blistering slap shot from the high, high slot to push his club’s lead to 3-1.

Midway through the third period, Butcher and former Rush forward Tyler Poulsen delivered a spirited fight between relative lightweights – they both check in at 175 pounds.

According to hockeyfights.com, Butcher’s bout was just the second of his hockey career and his first in nearly eight years. His only other listed fight came when he skated for the Kenai River Brown Bears of the North American Hockey League on Dec. 6, 2013, and dropped the gloves with Fairbanks Ice Dogs defenseman Nick Hinz, who went on to play at UAF.

(On the Hockey-Is-A-Small-World front, Butcher’s dance partner Friday, Poulsen, of Arvada, Colo., briefly skated for Kenai River in the 2009-10 season. On the Huh-That’s-An-Interesting-Stat front, Hinz played 102 career games at UAF without scoring a goal).

Butcher on Friday racked up four shots on goal and was a plus-3 for some much-needed salve after going minus-7 in his first seven games.