Prep Game of the Week: Dimond-West remains unbeaten, Chugiak-Eagle River makes the best of what it’s got 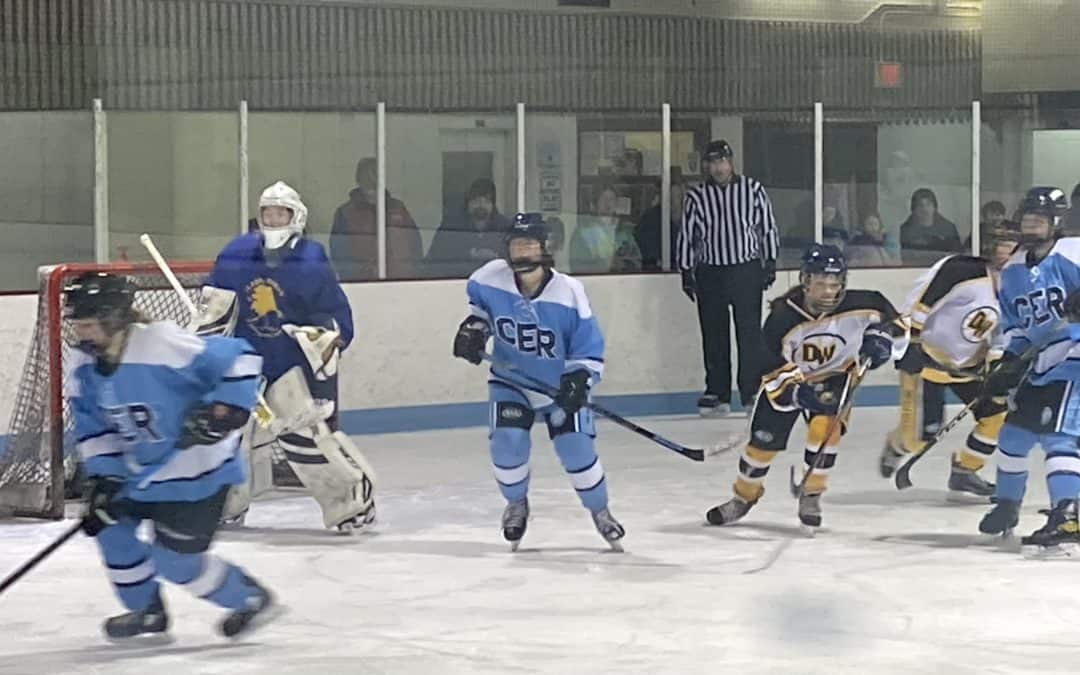 The mere seven skaters who took the ice for the Chugiak-Eagle River girls hockey team Friday afternoon found themselves in some rarified air for a few moments, statistically speaking.

Later on, the young athletes just wanted a chance to catch their collective breath.

Dimond-West looked every bit the Anchorage Girls High School Hockey League (AGHSHL) leader as it skated past Chugiak-Eagle River, 3-1, at Dempsey-Anderson Arena in midtown Anchorage. Dimond junior Khenzie Connick led the offensive charge with a goal and assist in the frigid DA1 rink, maybe best known for feeling more frozen inside than the arctic temperatures outside.

Alexis Kindred and Tana Carlson also scored for Dimond-West and goaltender Zoie Campbell was credited with eight saves in the final two periods of work. Dimond-West improved to 4-0-1 on the fifth night of the four-team league’s 12 doubleheaders.

Before Dimond-West – in Boston Bruins-like Dimond gold and West black uniforms – got going, Chugiak-Eagle River grabbed a 1-0 lead midway through the first period.

So, for a while, Chugiak-Eagle River owned a 100-percent shooting percentage against their rivals. But the glory proved short lived, what with only seven skaters and all.

“We do have some amazing players on our team, and it says a lot about the individual effort” said Chugiak-Eagle River head coach Britt Hayden, in her second season. “Unfortunately, just having the lack of total numbers, means a lot of them can’t show off those skills because they’re constantly having to get back on defense.

“They don’t get normal shifts like other teams. I try to say we’re defense first. If the skaters have the legs and can get the shot, go for it.” 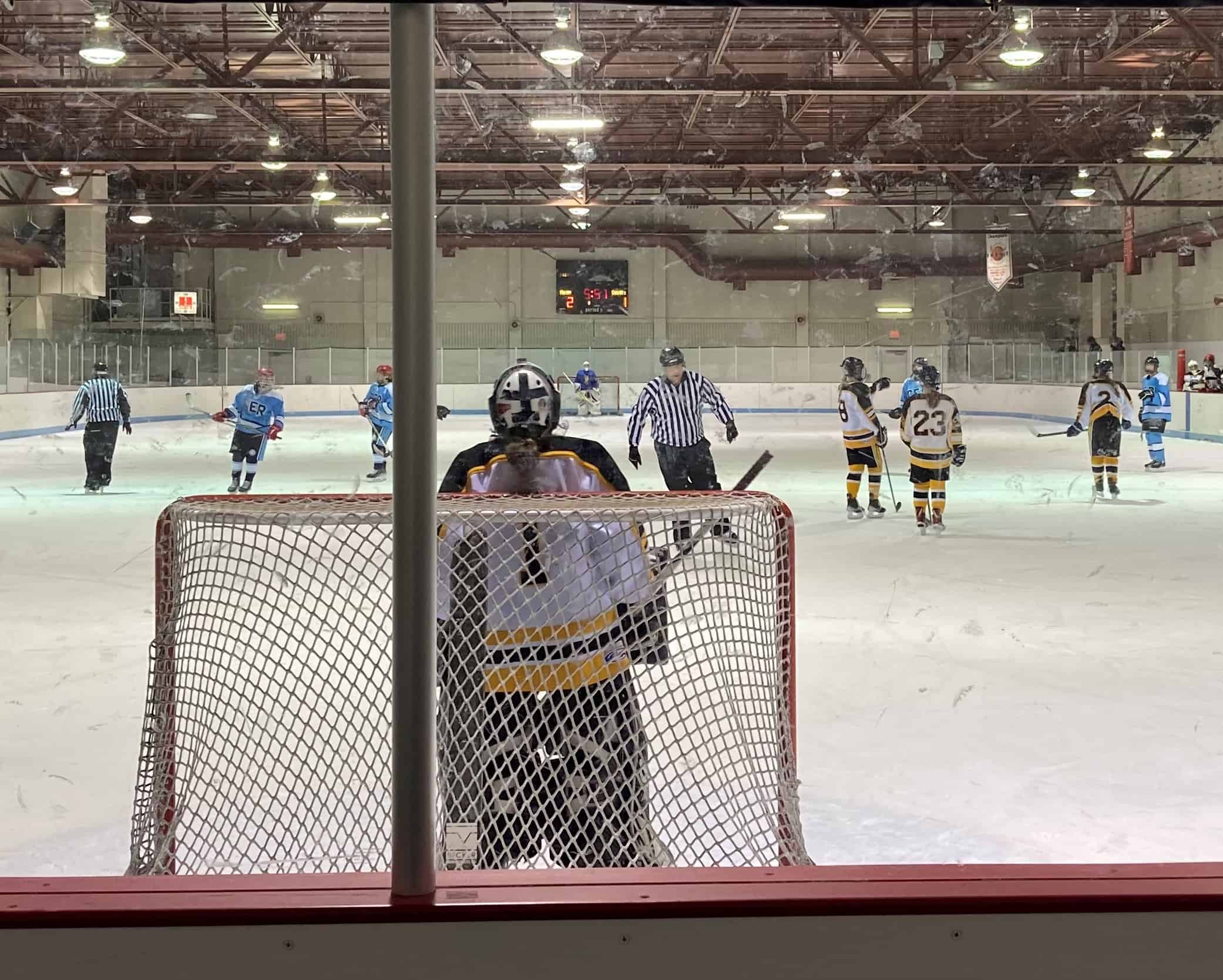 Dimond-West played with 13 skaters and three goalies. Chugiak-Eagle River played with its light roster and borrowed a goaltender. South junior Brielle Akagi recorded 38 saves in the loss three weeks after registering 59 saves the tie between the teams. She backstopped South-Bartlett to last season’s title.

Dimond-West’s Abby Blevins has stepped in between the pipes three times for Chugiak-Eagle River.

“Basically, we’ve been rotating,” Hayden said. “Ultimately, it comes down to who we’re playing that night and the goalie not playing against her own team.

“We’re actively trying to find our own goalie although we love the talent and love having them.”

The AGHSHL has been around is some form since 2003 and this season marks the fourth under the Anchorage Hockey Association’s umbrella, outsourced from the Anchorage School District. The teams square off Friday nights and the playoffs are set to begin Feb. 4.

A league champion is scheduled to be crowned Feb. 12. South-Bartlett has won the last three titles.

“Playing for your school always gives you a different kind of determination,” said Connick, who scored at 10 minutes, 42 seconds of the first period and assisted on Kindred’s second-period goal. “We really want to win this year, it’s really important to us. 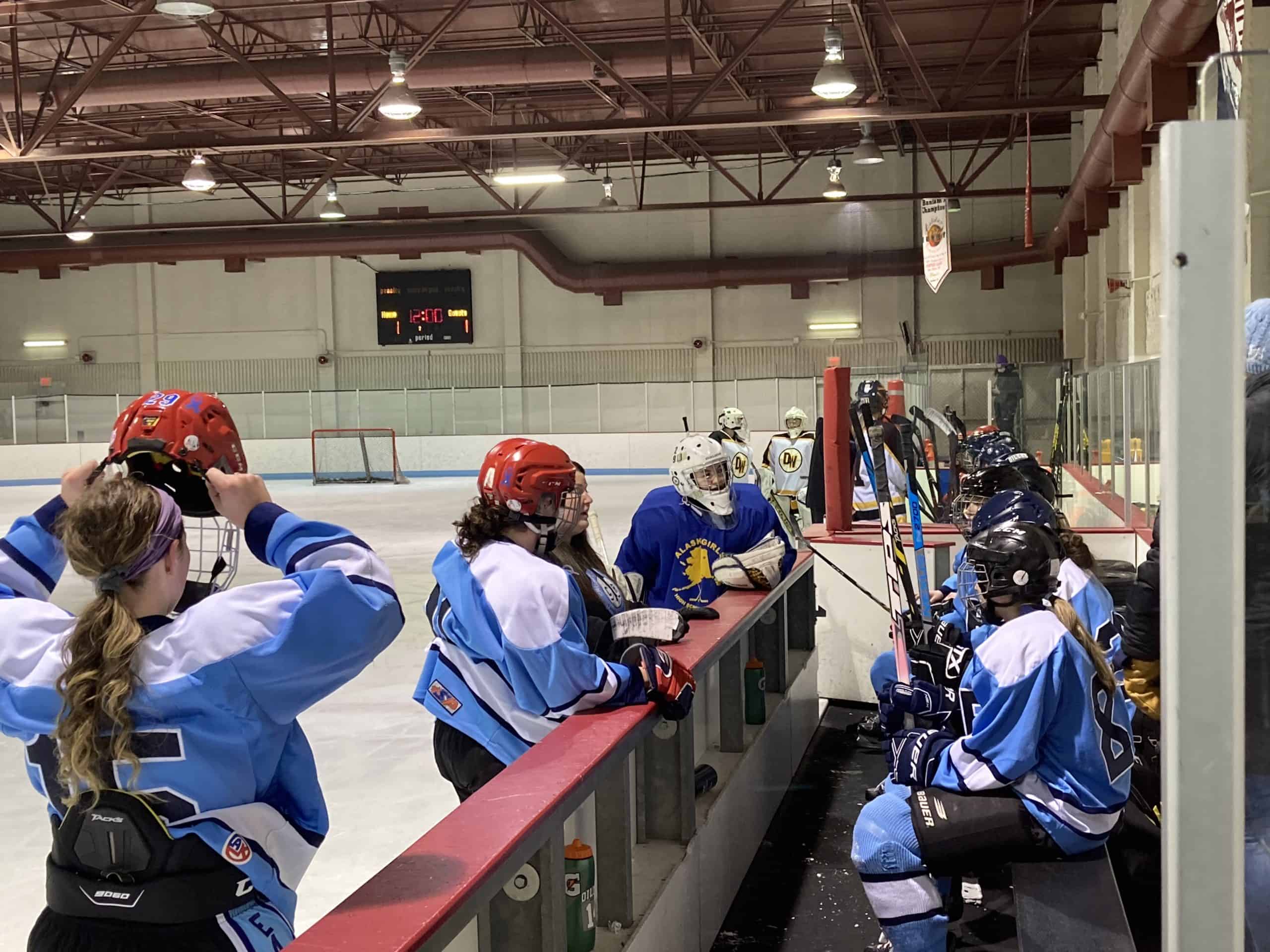