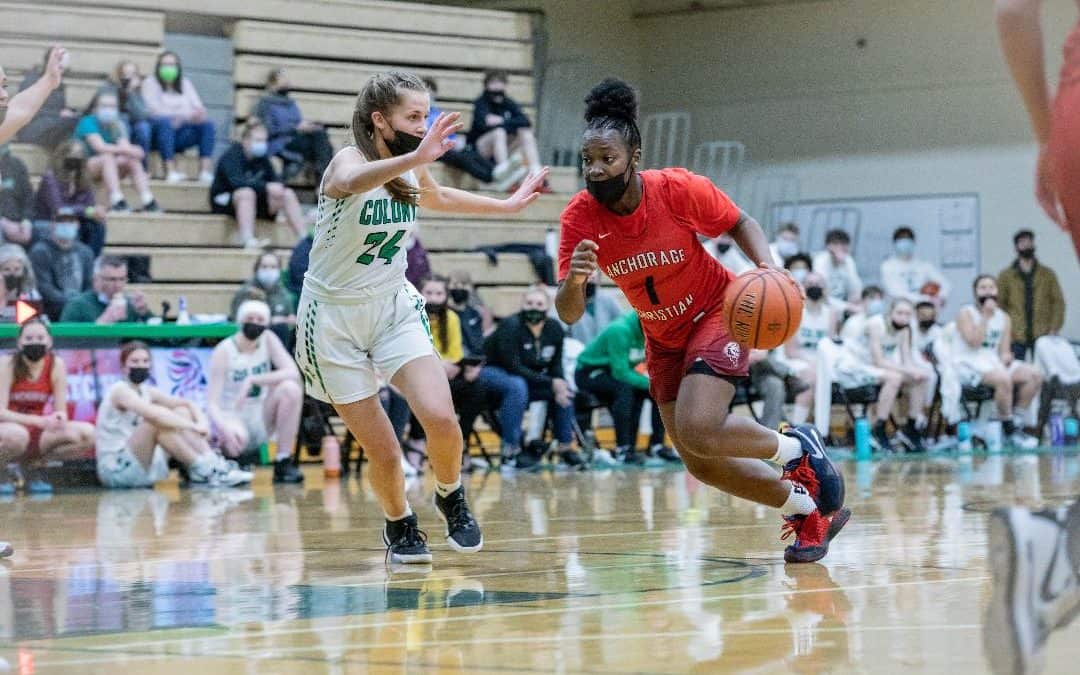 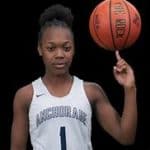 Sayvia Sellers is a junior in high school and she’s never lost a basketball game in Alaska.

She is 42-0 with the Anchorage Christian School Lions.

That stat almost doesn’t seem real, but Sellers is the real deal.

The 5-foot-7 guard is without a shadow of a doubt the best player in Alaska and ranks top-30 nationally for the Class of 2023.

She already has offers from half of the Pac-12 Conference and was named to the Naismith Trophy high school preseason watch list.

If she isn’t the first Alaska girls McDonald’s All-American, then we’ll never have one.

“She is good,” said Wasilla girls coach Jeannie Hebert-Truax, who was a freshman All-American and All-ACC player at the University of Miami from 1988 to 1992.

“She is smooth. She can dribble, pass, shoot. She is good at delivering the ball to teammates. Her transition pull up is good. Very agile. Good moving from left to right.”

She should know. Sellers and ACS two weeks ago beat Wasilla by 41. Wait, that can’t be real. It is.

The Lions have won 88 straight games against Alaska competition dating back to 2018. (Their last loss came to Hebert-Truax and Wasilla)

“We just had that conversation with coach a couple days ago after practice,” Sellers said. “He brought up the fact that we haven’t lost a game in state in the last four years, and so that gave us a boost to not be the first group to lose an in-state game. That’s what we should work hard for.”

Most of the 88 straight wins came when ACS played at the Class 3A, where the Lions won five consecutive state titles before moving up this year to the 4A level.

Nothing has changed since coming to 4A. Nothing will with Sellers on the court. She’s too good for Alaska opponents.

“I don’t know that I’ve seen her in a game with competition. I have yet to see someone in state even challenge her,” said East girls coach Laura Ingham, a former University of Nevada playmaker who in 2003 became the first player in WAC history to record a triple-double.

The only competition for Sellers is in the Lower 48, and even there she excels. ACS has a 15-8 record against Outside competition over the last three season with Sellers.

This season the Lions made two trips Outside, one in December and another in January, and went 5-3 combined.

On a trip to California, the Lions faced Centennial, a top-10 team in the state that featured top-20 national recruit Londynn Jones. ACS lost the game 81-71 but Sellers won the moment, standing toe-to-toe with the UCLA commit and likely McDonald’s All-American. 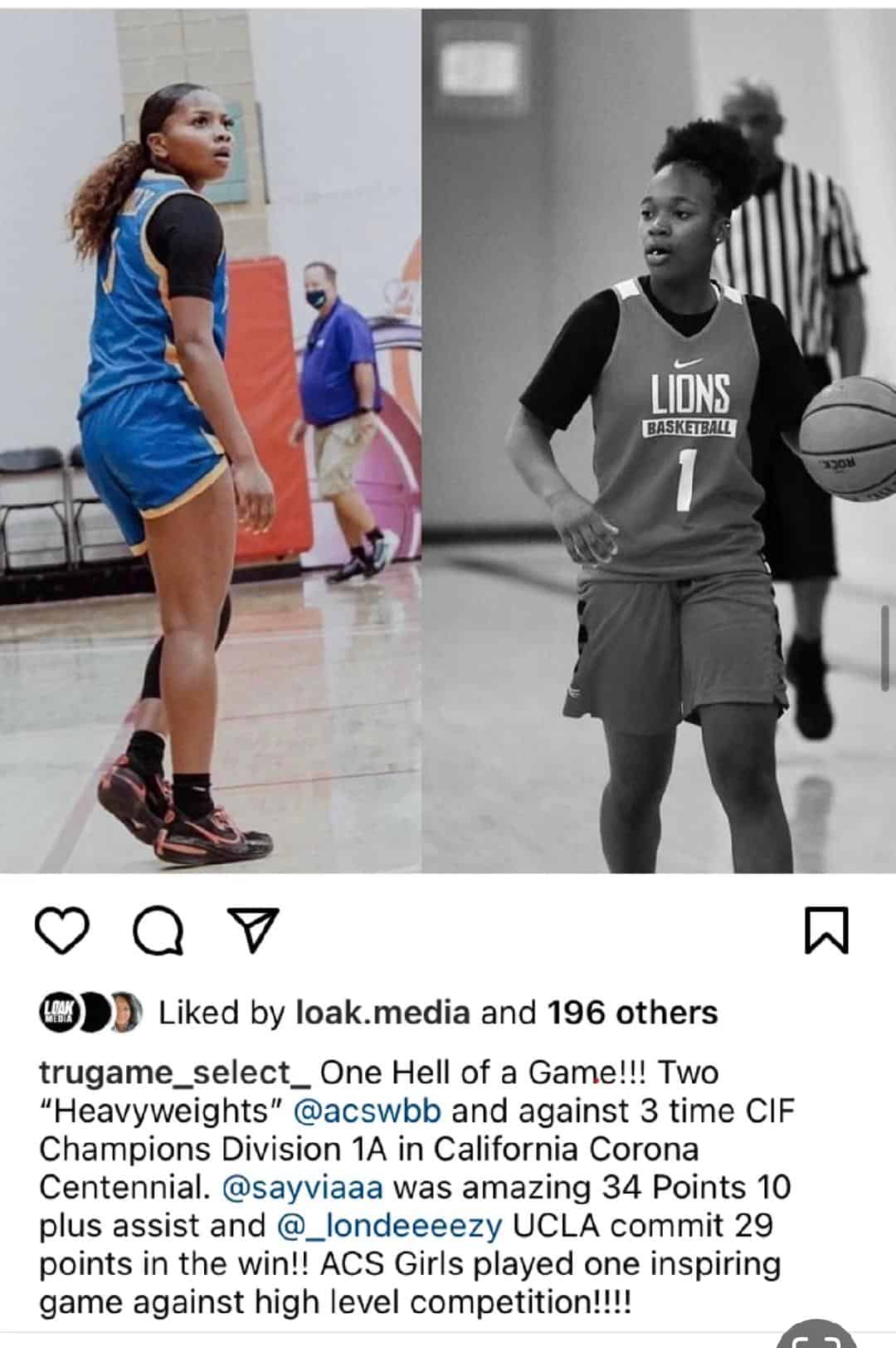 Performances like that are why people are so high on Sellers. Around the country, but especially in Alaska.

Sellers is very well liked in the basketball community, even though ACS is not. Case in point: Sellers was not selected 3A player of the year last season by the coaches, who picked a player from a team ACS beat 75-3.

“I was upset about it, but that just comes with the politics and whatever,” Sellers said. “I know personally that I should have got it.”

She took out her frustration on Homer in the first round of the state tournament, dropping in a career-high 41 points to highlight the 69-11 victory.

“I don’t go into games planning on how many points I’m going to score. I just go out and play,” she said.

She admitted that day was different. She played with purpose and carried that momentum through the rest of the tournament, flirting with triple-doubles in the next two games en route to leading ACS to another championship.

As much success as Sellers has had in Alaska, none of that matters when it comes to college recruiting.

She must leave the state to make any waves on that front. Once word got out, the floodgates opened.

“I got put on a team, Jason Kidd AAU team, and the first tournament I played with them at the beginning of April in California, and that’s when this whole thing just started,” Sellers said. “My phone was blowing up with coaches. I picked up my first offer a week or two after and it kept rolling from there. 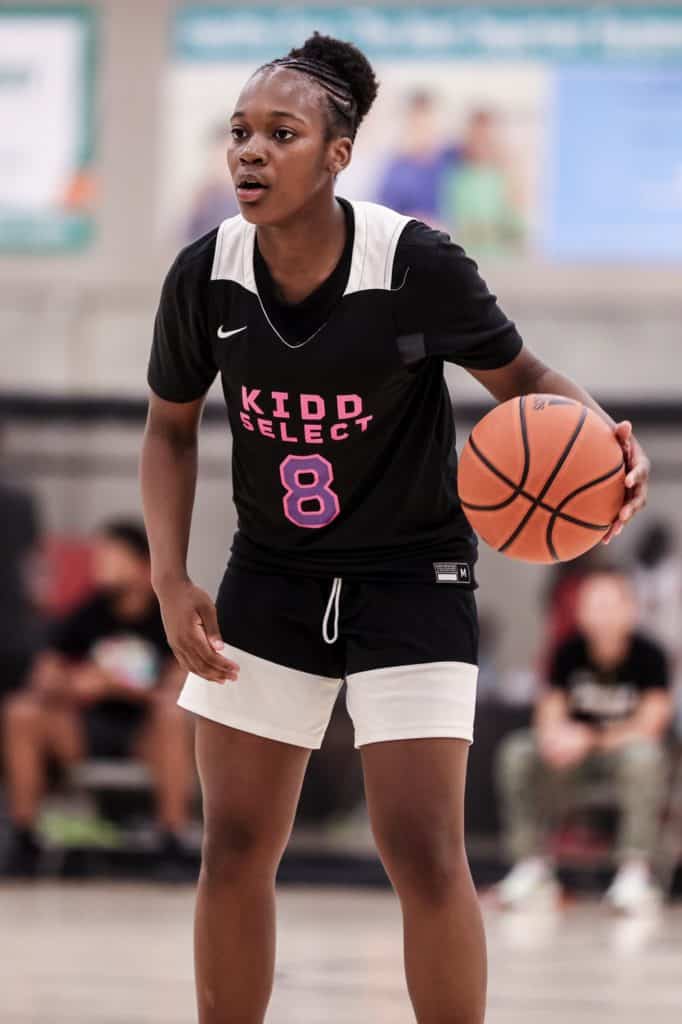 The recruiting process has been a lot to handle, she said, but she enjoys talking to college coaches.

“I’m looking to play at the highest level of basketball I can play, at a school that I want to play at,” Sellers said.

“South Carolina was a dream school of mine, but after I started picking up offers, I started obviously looking into the schools that are actually recruiting me. I have a of couple favorites. I’m not gonna say I have top list of schools that I want to go to, but there are a couple that I like a lot.”

In an era when elite players are leaving Alaska, Sellers stayed.

With ACS’ commitment to travel to the Lower 48, she has had the best of both worlds – national exposure and home environment.

“My high school team traveled and that’s where my Jason Kidd coach first saw me and I got put on a team, but obviously that doesn’t happen to everyone,” Sellers said. “For some people, it is the best thing to leave Alaska and get some looks, but for me that just wasn’t the case. I didn’t feel the need to, so I wound up staying.”

There was a point when Sellers considering leaving Alaska for a boarding school in California with a top-tier hoop team.

“I was thinking about it, but I didn’t really see the point. I would rather stay in Alaska and finish up my high school here,” she said.

Sellers is a big Kyrie Irving fan and looks to score in similar fashion when it comes to the attacking the basket and scoring on high-arching shots over taller players.

She grew up playing with her older brothers, including 6-foot-4 Jahbez, who was an all-state player as a senior at East in 2021.

“Playing against him made me better,” Sellers said. “We’ve always played and competed against each other, so I think that’s the biggest thing.” 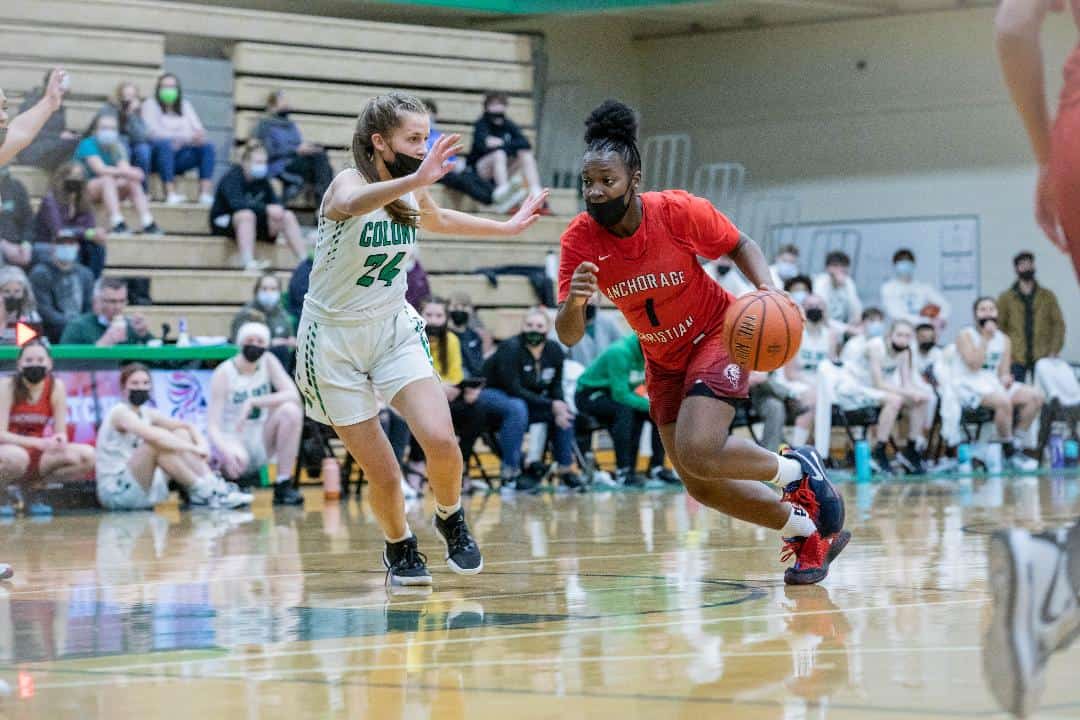 Sellers is in perpetual attack mode on the court, using a dribble-drive-dish combo to dismantle defenders. And she’s always pushing the ball downhill, always in command.

“She is not forcing the game. She lets it come to her. Calm and relaxed,” said Truax-Hebert, the 1988 Gatorade Alaska Player of the Year.

Her ballhandling and lavish layup package are what really sets Sellers apart. Her deft dribbling is second to none, maybe the best ever from Alaska.

Sellers is often compared to Ingham, the 5-foot-4 East floor general who was twice named Gatorade Alaska Player of the Year in 1997 and 1998.

“I seriously don’t think you can compare two different people and two different times,” Ingham said. “We are both excellent guards for our time. As of right now, she is a better shooter than I was in high school. I knew how to score whenever I wanted but I wasn’t a drop-dead shooter like her.”

Sellers has a jumper and can score from the perimeter even though she prefers scoring in the post.

“When I first started playing basketball I couldn’t really shoot, so that’s all I did was go to the basket,” Sellers said. “As I continued to play basketball I developed an outside shot, but going to the basket has always been the first thing I think of when I play.”