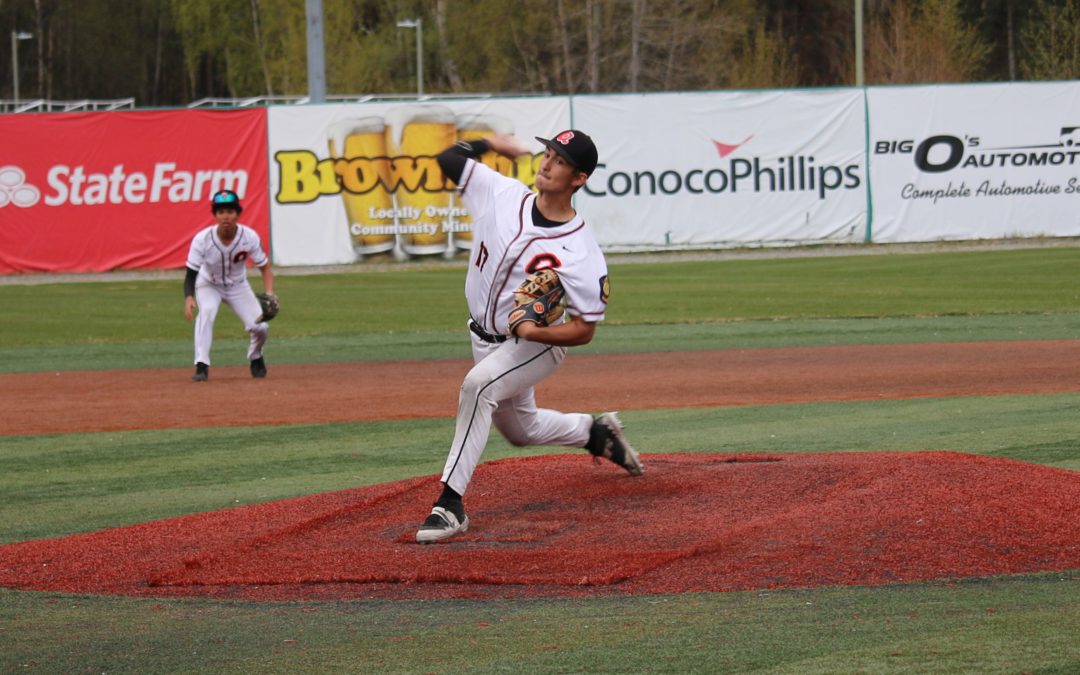 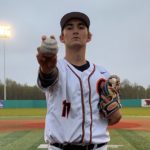 They say counting outs during a no-hitter is bad luck, but West pitcher Caden Greenhalgh didn’t care. He couldn’t help himself.

The more zeros he put up, the longer the game went, the more the junior righty looked up at the giant green board in right field.

“I was checking the scoreboard after just about every out,” he said with a laugh.

Greenhalgh had to sneak one more peek after West defeated Bartlett 5-0 to confirm his first high school no-hitter and the 14th no-no in Cook Inlet Conference history.

He needed just 80 pitches to record 21 outs and make history at Mulcahy Stadium.

“My heart was racing the entire game, but I felt calm and collected,” Greenhalgh said. “I felt ready to get the job done and I did, albeit a couple walks; wish that didn’t happen, but that’s how it goes sometimes.”

This was the first no-hitter in the CIC since 2019 and the third in West history, joining Randy Aquino in 1994 and Sean Duffy in 2015.

Greenhalgh racked up two strikeouts and faced just 22 batters, one above the minimum. He worked around four walks after getting two erased on two double plays and another on a caught stealing. 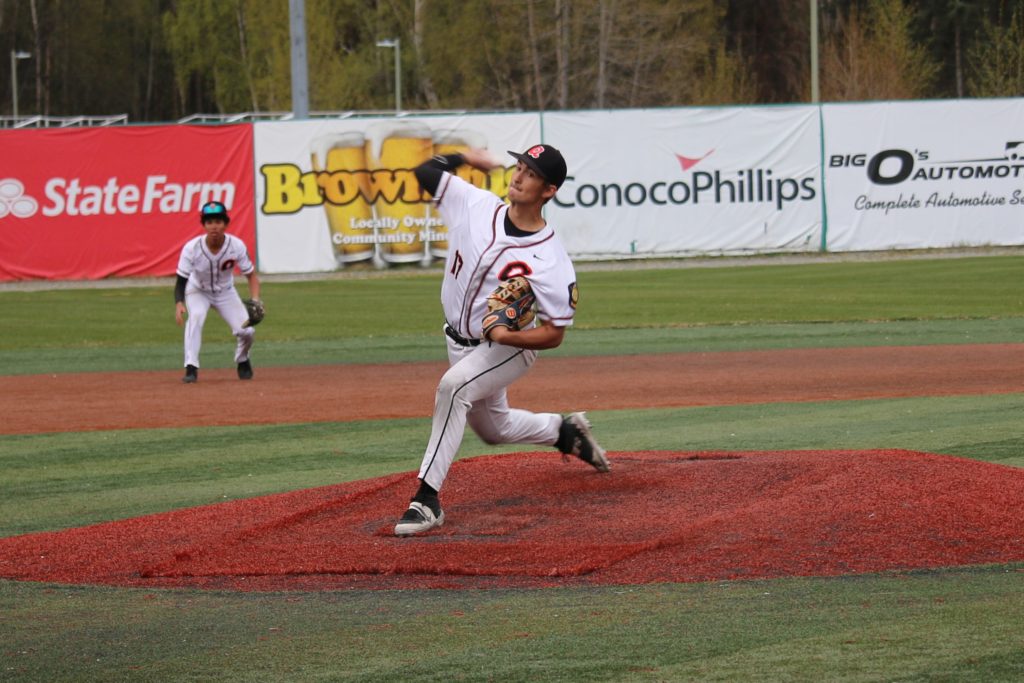 There always seems to be a great defensive play tied to a no-hitter and this one was no different as West left fielder Cyrus Clendaniel robbed Bartlett’s Kevin Tapia with a leaping catch in the second inning.

“I’m super proud of Cyrus for that catch in left field,” Greenhalgh said. “That was a great catch.”

It was hardly the only defensive gem. The Eagles had several.

West turned a 6-4-3 double play in the third inning and an 8-4 twin killing in the fifth inning.

In the sixth inning catcher Evan Fitzgerald threw out a baserunner trying to steal third base to give Greenhalgh 18 up, 18 down.

Last year, there wasn’t a scoreboard at Mulcahy so nobody would have known he had a no-hitter in the works. But now it’s a different story as the new scoreboard told everybody in the stadium what was at stake.

Nevertheless, the West players practiced traditional no-hit protocol and didn’t talk about the fact Greenhalgh hadn’t allowed a base hit.

“No one was talking about it,” West head coach Chad Stolp said. 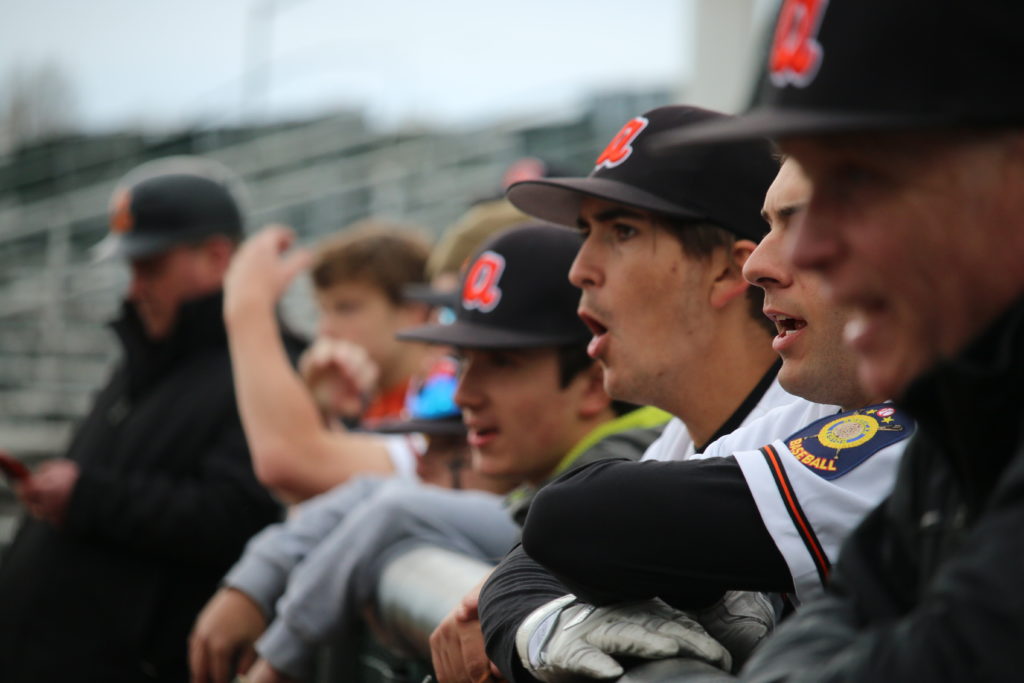 Photo by Karen Halliburton/Special to the Alaska Sports Report

In the seventh inning, Greenhalgh walked Eli Corwin to lead off and got Luke Helgeson to ground out to first base, allowing Corwin to go to second. With first base open, the West coaching staff opted to intentionally walk Bartlett’s leading hitter Carl Colavecchio.

“I was visibly upset and audibly upset by the fact I didn’t get to face him,” Greenhalgh said. “I apologized (to him) after the game. It wasn’t my choice, unfortunately. I love the competition. I love facing Carl.”

Greenhalgh got the final two outs on groundballs, the last one finished off by third baseman Michael Tillman, who threw a strike to first base to end the game.

In an era when people celebrate abbreviated no-hitters like it’s the real deal, this was the genuine article.

West’s Paul Dittrich went 2-for-2 with a walk, RBI, stolen base and two runs to spark the offense. Clendaniel and Gabe Caternicchio also had RBIs for West (4-9, 2-2 CIC).

Bartlett’s Andre Jameson drew two of his team’s four walks and the Golden Bears (6-7, 0-4 CIC) made several nice defensive plays. Both catchers, John Grantier and Corwin, each threw out baserunners and first baseman Nick Brandal made a nice catch against the fence in foul territory.