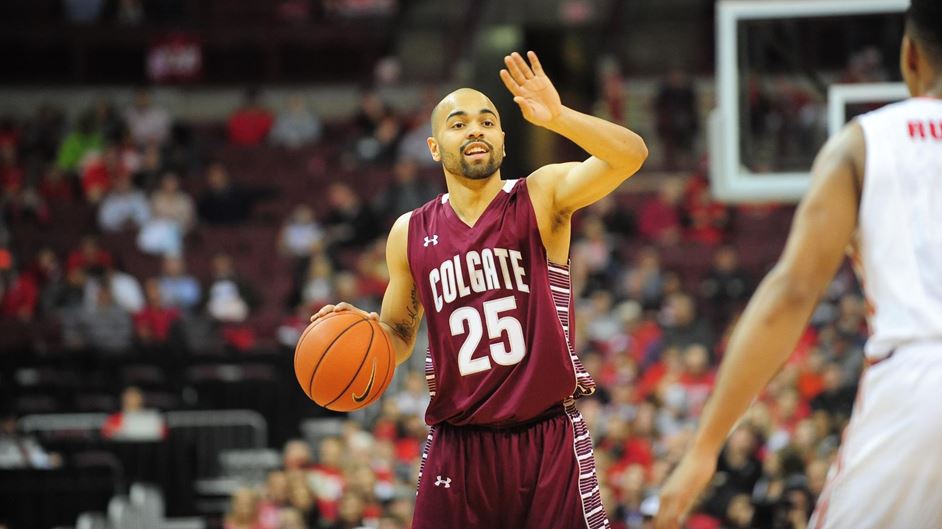 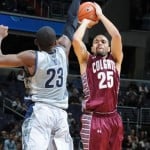 It was at Colgate University where Anchorage’s Damon Sherman-Newsome become an elite basketball player.

And so it’s fitting he returns to Hamilton, New York, for the next chapter of his hoops career.

Sherman-Newsome, 29, this month was named Director of Basketball Operations at Colgate, where he will reunite with his former head coach Matt Langel.

“I’m fortunate,” Sherman-Newsome said. “Basketball has given me so many opportunities and here’s another one.”

The former Bartlett High star played three seasons at NCAA Division I Colgate, where he scored 1,030 points and graduated in 2015 with a bachelor’s degree in Sociology and Anthropology.

The 6-foot-5 shooting guard carried the Raiders to a program-record 12 wins in the Patriot League. That’s more league wins than they had in the previous two seasons combined.

“As a player, Damon had a critical role in helping us establish Colgate basketball as a program that could compete for championships,” Langel said in a press release.

Sherman-Newsome was voted team MVP as a senior, reaching double figures in 28 of 33 games and burying 68 3-pointers, tied for 9th on Alaska’s all-time single-season list.

This fall he will be back on the Colgate bench, this time serving on Langel’s coaching staff, which also includes his former teammate and roommate Pat Moore.

“Having them both on staff will be extremely valuable,” Langel said. “Damon’s knowledge for what it takes to achieve as a student and an athlete on this campus and his pride for Colgate basketball will serve our current and future student-athletes well.”

Sherman-Newsome will move to New York with his wife Chanel and their two daughters, 3-year-old Zhuri and 1-year-old Oriana 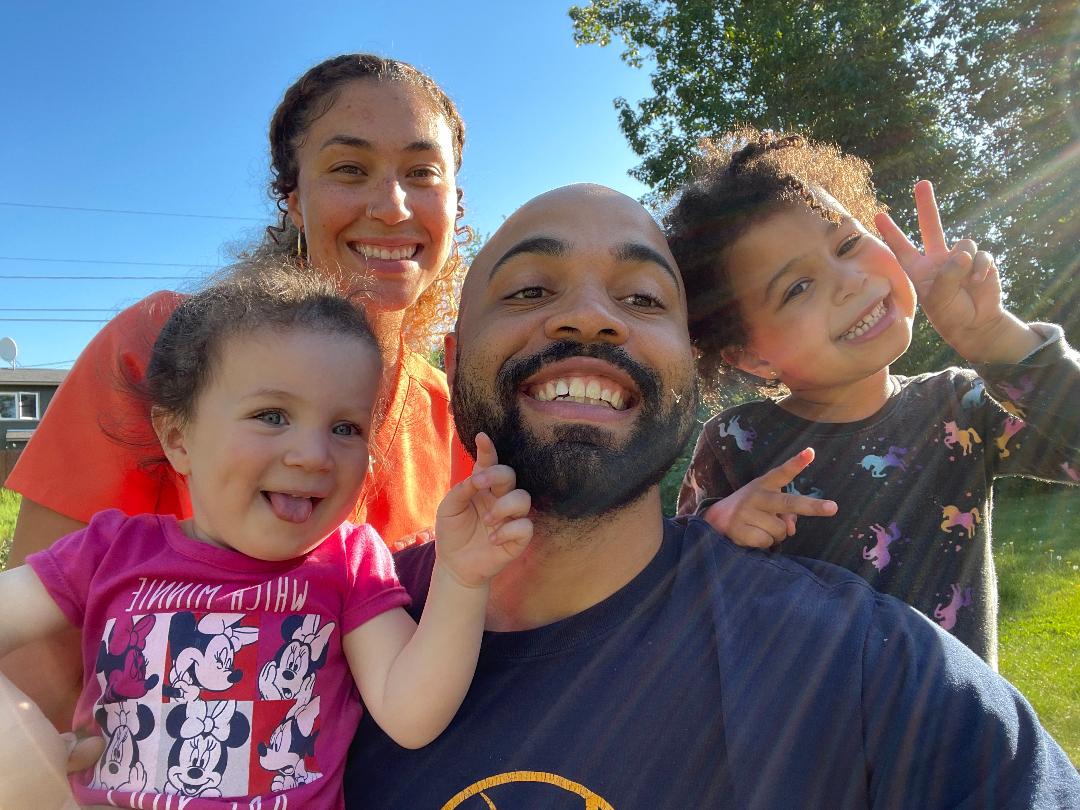 He had spent the past five years working for the Anchorage School District, first as a substitute teacher and then as a student success coach. His wife, Chanel, is a nurse.

“We’re uprooting a lot to leave,” he said. “We are happy and content here, but she understands how much I love basketball and right now it just makes sense for our family.”

When he saw the job opening at Colgate, he went after it like a loose ball. This was his chance to get into the college coaching ranks.

“There’s been other opportunities like maybe getting my foot in the door sooner, but as far as the timing goes, I really wanted to go back to Colgate,” he said. “It’s super exciting.”

As Director of Basketball Operations, he will be responsible for the logistics of the team. Everything from scheduling buses and meals to getting guys to practice and study hall.

“At Colgate, I know I have cachet.” 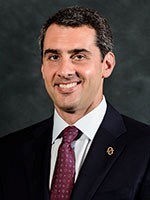 Sherman-Newsome was part of Langel’s first recruiting class. He was immediately struck by Langel’s genuine willingness to be involved in the lives of his players.

“He made us feel like we were part of something bigger than just basketball,” Sherman-Newsome said.

The two men built a friendship during their three seasons together, helping turn Colgate from Patriot League contender to champion.

“The work that we put in to take it from being one of the worst teams in the country to now, like, they’ve won the conference title three out of the last four years, says a lot,” Sherman-Newsome said. “We just both appreciate what the other one brings to the table. We both put the work in to make the team the best it could be.”