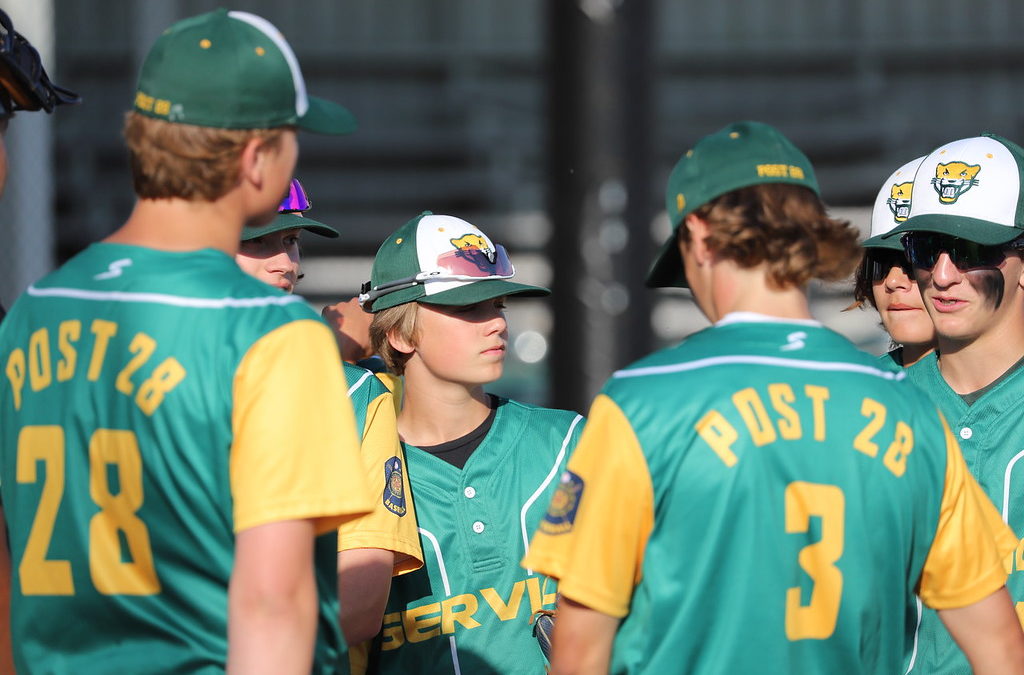 Time has flown by for Sean Giffen. It seems like yesterday that he was the youngest player on the field and now he’s the oldest player on his team.

A very green Service Post 28 squad leaned on its only 18-year-old today as he closed out a 5-4 victory over the Buffalo Cobras of Minnesota on Day 3 of the Alaska 529 Midseason Classic at Mulcahy Stadium.

Giffen recorded a six-out save after he worked around a runner in scoring position in the sixth inning and wiggled out of a two-on jam in the seventh inning.

The win pushed Service (10-4) into the semifinals of Alaska’s premier Legion tournament that dates back to 1995. The Cougars last won the title in 1999.

They took a step closer after rallying to beat Buffalo, thanks in large part to Landon Martindale’s two-run triple in the sixth inning and Giffen’s two-inning save. 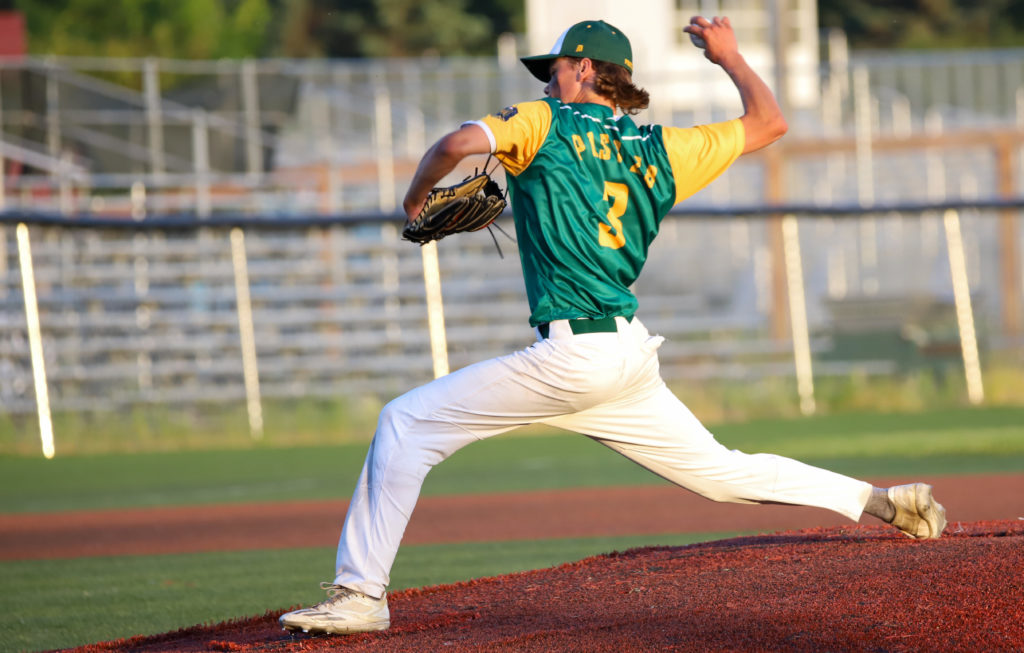 “Everybody stepped up on the team today. I did my job. Landon had a very clutch hit,” Giffen said. “I mean, that’s the greatest thing about this team, anybody can step up at any time.”

“It doesn’t really matter who you are or how old you are, we’ve got some big-time players on this team,” Giffen said.

Service’s Rilan Niclai is the youngest player in the tournament, just like Giffen was in 2018. Niclai pitched the fourth and fifth innings with Giffen at shortstop.

“That’s the great thing about Service, a lot of young guys get to play really early on and get a lot of experience,” said Giffen, a five-year starter for Service. “You can be a great player in practice but when it comes down nothing compares to game experience.” 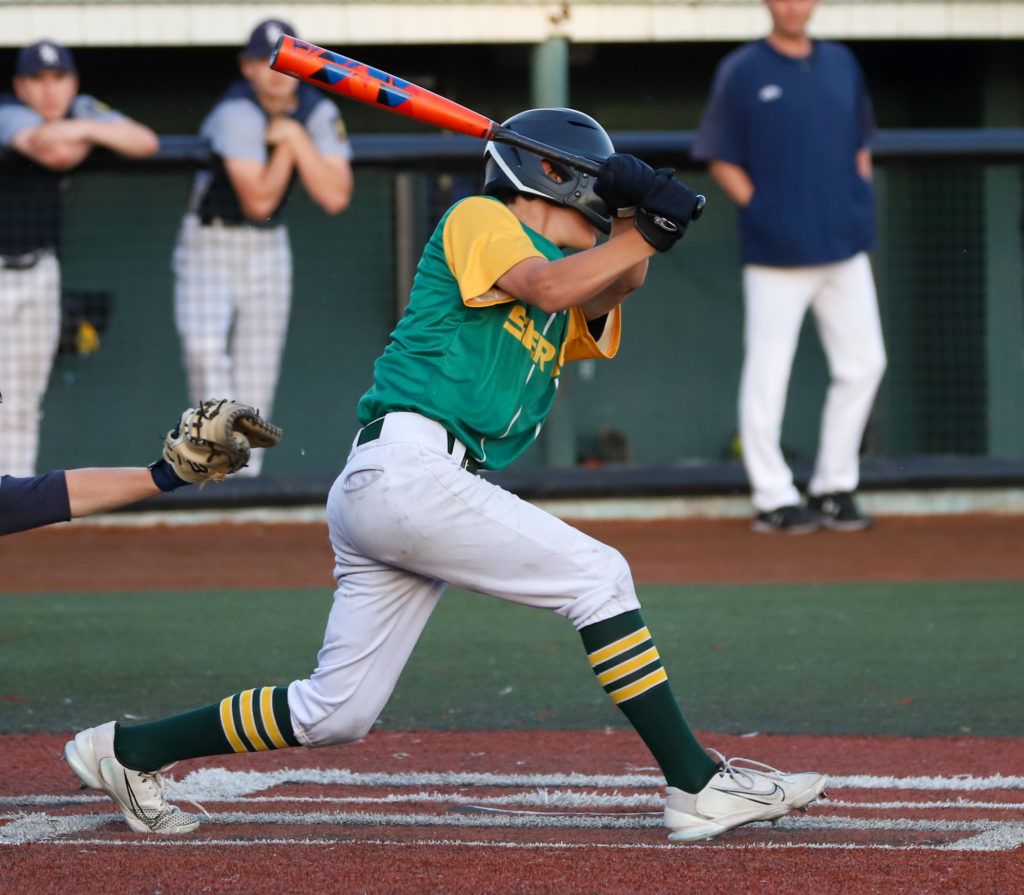 Busting his chops against Legion competition developed his game and built his confidence, helping Giffen become one of the better players in the state.

“Every single time you go out there, no matter how old you are, you get new experiences and learn lessons. It builds knowledge, which you can take to the next level. It helps you build as a ballplayer more than anything else.”

The Midseason Classic is back after a two-year break because of COVID. The defending champion Napoleon River Bandits are back, looking for a record fourth tournament title.

Napoleon (19-3) will join three Alaska teams in Sunday’s final four before the championship game later in the day.

An Alaska team has won the Midseason Classic title six times in 25 tournaments, last coming in 2018 with South Post 4. Before that it was Dimond Post 21 in 2010.

“It’s a lot of fun playing these Lower 48 teams because they’ve got great pitching and they are very polished teams,” Giffen said. “It’s a real honor to be able to go out and compete against them in this tournament and come out on top.” 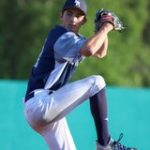 The left-hander was perfect through 11 batters, walked one and never allowed a runner to reach scoring position.

“Getting those first three batters out gave me a confidence boost,” Molloy said. “I kind of rode that wave the rest of the game.”

Molloy pounded the zone with a mix of fastballs and curveballs.

“I was pretty proud of my curveball today,” he said. “It was super effective.”

Buffalo (5-5) got its lone base hit from Justin Johnson with two outs in the fourth inning. Jack Henry drew an eight-pitch walk in the fifth inning.

Those were the only two batters to reach as Molloy mowed down the Cobras.

Eagle River’s Liam Lierman went 3-for-4 with two RBIs to continue his torrid hitting this tournament. The Class of 2025 standout is batting .727 in three games on a 8-for-11 clip that includes with two triples, a double and eight RBIs. 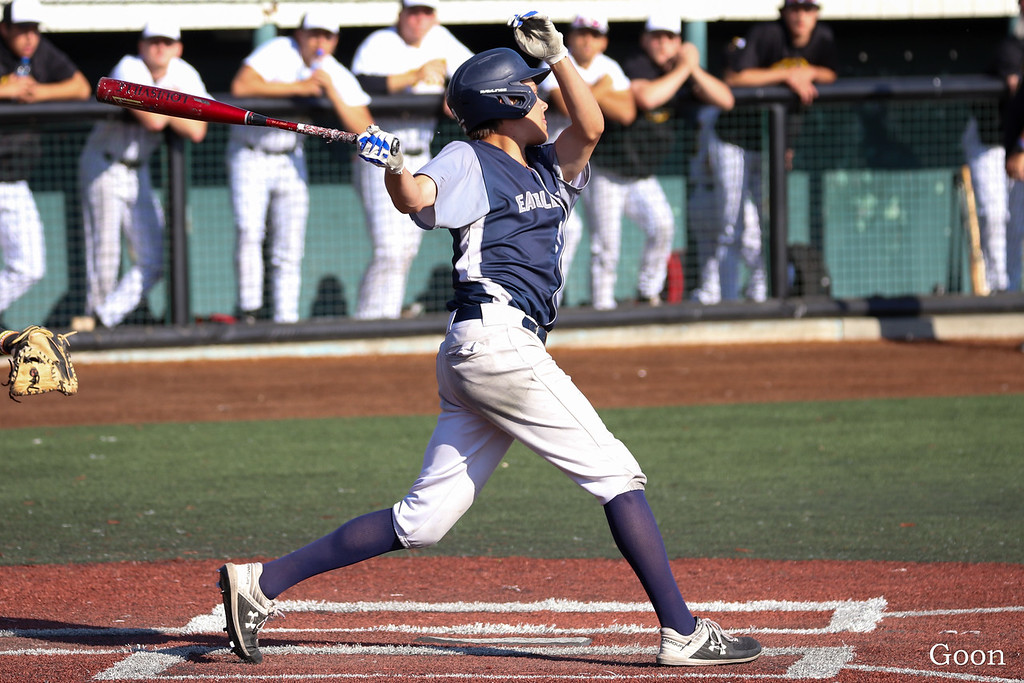 “He’s been working hard and I’m pretty proud of him for showing up for the team this weekend,” Molloy said of the young gun.

This is Leirman’s first taste of the Midseason Classic. His dad Bill played in the tournament’s inaugural championship game in 1995 with Chugiak in a 5-4 loss to Kennewick (WA).

In that 1995 game, Lierman, who went by Billy back then, gave Chugiak a 4-3 lead with an RBI single in the sixth inning. Known for his competitive fire, he played hard and coaches the same way.

He won three Legion titles as a player and three as a coach with Chugiak. Then he took almost a decade off to raise a family, coming back in 2020 and leading Eagle River to its first Legion title in 2021.

“He expects a lot out of us,” Molloy said, “but I’d say as a team we’ve learned how to work with his intensity and the expectations he sets, and we’re always trying to reach them.”

Eagle River will face Chugiak in Sunday’s semifinals in a matchup that pits former Legion teammates Lierman and John Sims, who coaches Chugiak and also won three state titles as a player and then coached with Lierman back in the day during those title runs.

Service will face Napoleon in the other semifinal.

The River Bandits stormed into the final four after crushing Chugiak 11-1 and dispatching Dimond 7-1 in a doubleheader.

In the Dimond game, starter Jackson Bergman racked up 13 strikeouts, one shy of the tournament record set in 2011 by Zach Ferntheil of Service Post 28.

Bergman, who is headed to Toledo University, allowed three hits and one walk. He struck out the side in the third and fifth innings, and had two Ks in each of the first, second and fourth innings.

It was the most Ks by a Napoleon pitcher in the tournament since Trevor Blaylock had 12 strikeouts in 2011. 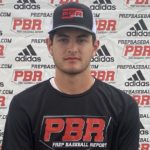 The River Bandits (19-3) banged out 11 hits and flexed some muscle with three doubles and a triple, with two of them coming on back-to-back at-bats.

DJ Newman went 3-for-3 with two doubles, two RBIs, a stolen base and three runs.

Napoleon can beat opponents many ways, like blasts or bloops. Or bunts.

Tylor Yahraus executed a sensational safety squeeze to drive in a run and make it 3-1 in the second inning. Newman’s RBI double made it 4-1 in the fourth inning when the River Bandits pulled away.

Dimond flashed some glove love, turning a 5-2-3 double play to get out of a bases-loaded jam in the first inning and getting nice catches from left fielder Eli Lipinski to end the second, third, and fourth innings.

Lipinski’s best catch was a sliding grab near the warning track to rob slugger Breven Deckrosh of extra bases.