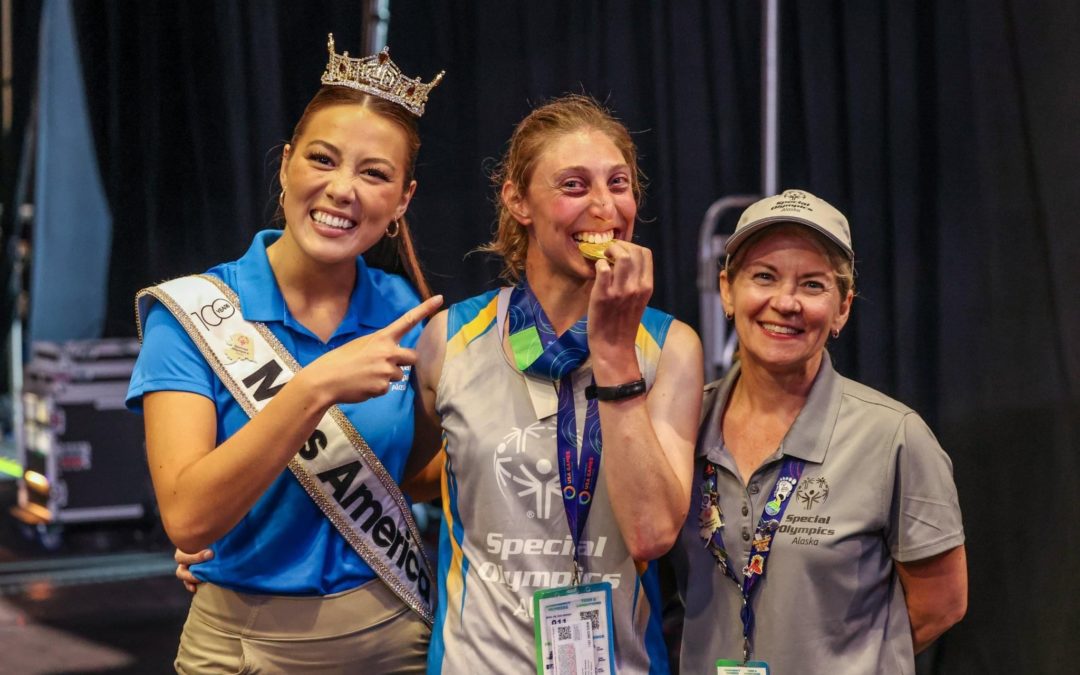 Team Alaska proved its talents in a multitude of events at this year’s Special Olympics USA Games in Orlando, Florida.

Alaska athletes continued rising to the occasion at the national level, placing in the top-seven 61 times and collecting 10 gold, 19 silver, and 14 bronze medals.

The mid-June competition tested athletes from all fifty states, and the Caribbean, hosting more than 5,500 athletes and coaches. The event amassed more than 125,000 spectators, including Anchorage’s very own Emma Broyles, better known as Miss America. 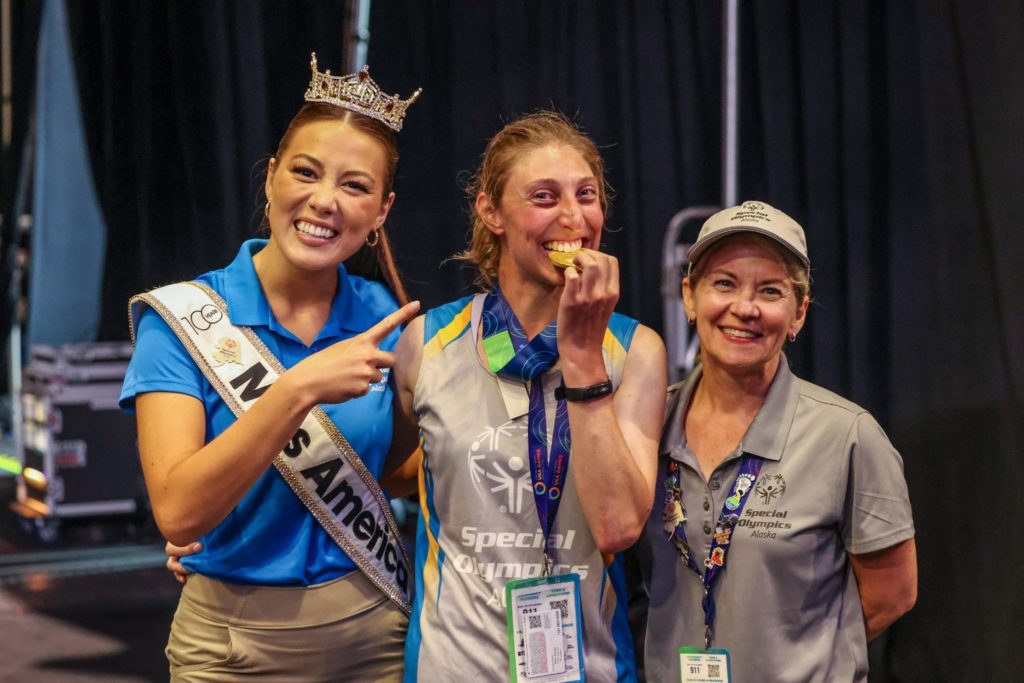 Kicking off the competition, Gretchen Winter of Palmer displayed her distance prowess, competing in three track events and medaling in them all. Winter proudly stood atop the podium after winning gold in the 400- and 800-meter track races, and picking up a silver medal in the 1,500.

Athletes also triumphed in the sprinting events, with Sulynette Vega of Anchorage winning the 200, taking silver in the 100, and bronze in the long jump. Anchorage’s Nolan Branson led the 100-meter men to a 2-3-4 finish and teamed up to help the men’s unified 4×100 relay take gold. The women’s unified 4×100 relay finished runner-up, while the shot put resulted in one silver and four bronze medals. 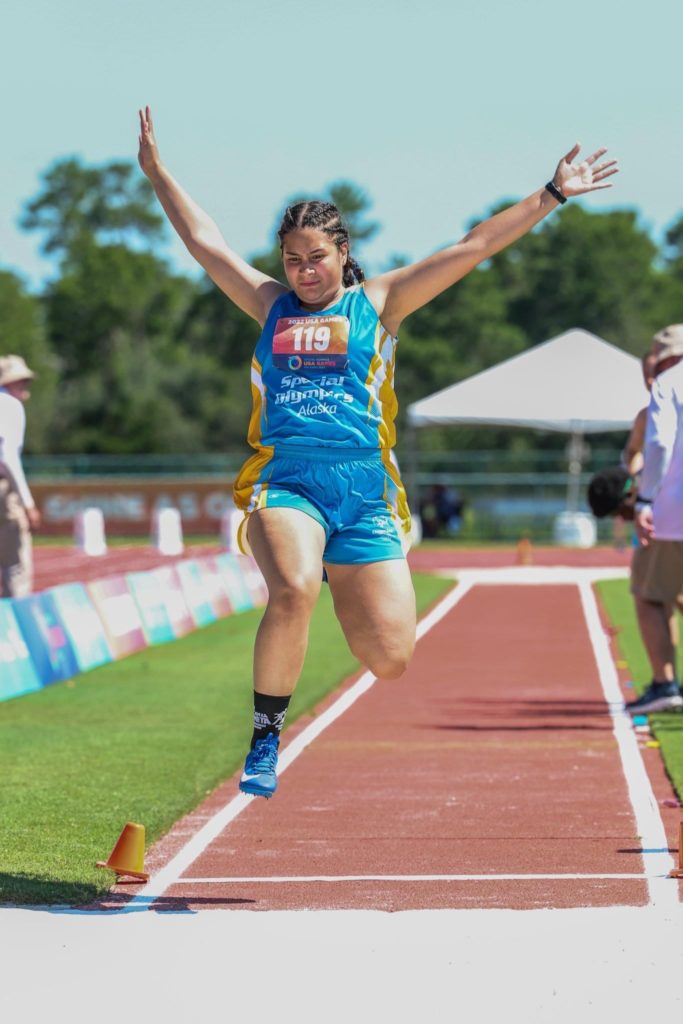 Ketchikan’s Anya Forrester and Soldotna’s Darryl Magen both found success in the swimming pool, achieving golds in the 100 freestyle, while Forrester became a two-event medalist, adding a silver in the 50 fly.

Led by Kristina Brown of Juneau, six athletes medaled in the bowling competition. The women’s hard work paid off, as they swept the top four spots of the event, with Anchorage’s Samantha Hoffman and Patti Calonder joining Brown on the podium. 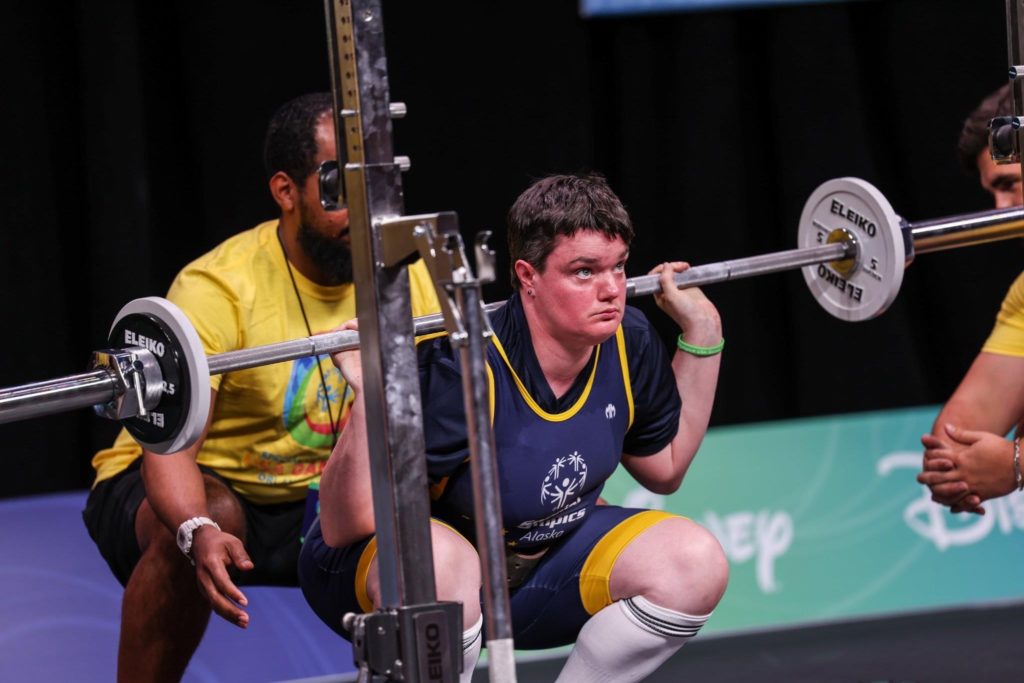 Johnathan Williams of Ketchikan continued the annual lifting accolades by achieving a gold medal in the deadlift, while Kodiak’s Amy Canavan collected four medals throughout her competitions. Canavan placed runner-up in the bench press, deadlift, and all-around, while also collecting a bronze medal in the squat.

In an event known for its versatility, the men’s unified bocce doubles were not to be denied, as unified partners Sam Eason and Josh Delie of Soldotna dominated the bocce court and helped the team achieve gold medals as well.

The greatest comeback of the games occurred in the men’s unified basketball third-place game. Trailing after halftime, Team Alaskan rallied to tie the score with Team Alabama before the clock expired. However, after one period of overtime, the teams were still tied, forcing a second overtime, and eventually, Team Alaska came away with the victory, winning 35-33. 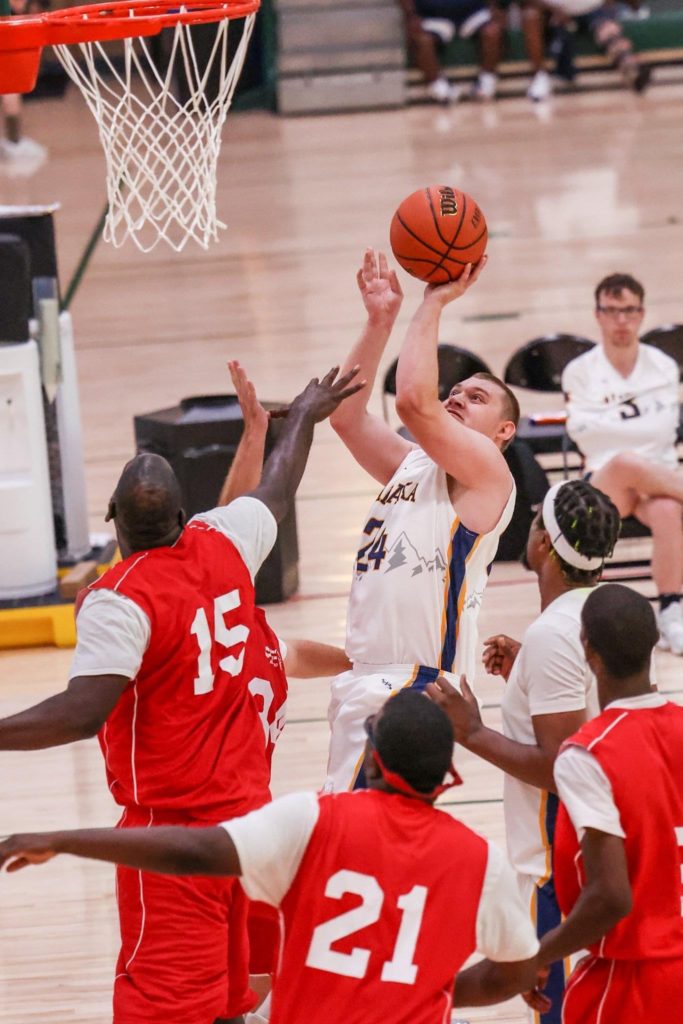