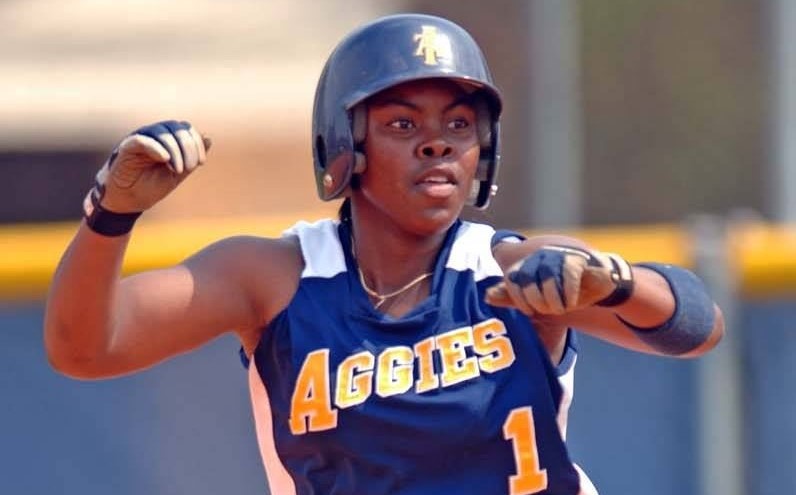 She crushed 17 home runs and knocked in 56 RBIs in 60 games as a freshman in 2007 to earn first team all-league honors in the Mid-Eastern Athletic Conference.

Bullock, of Service High fame, finished that season ranked No. 2 nationally in homers and top-10 in RBIs among freshmen at the NCAA D1 level.

With a .330 career batting average and home-run pop, the 5-foot-8 second baseman is arguably the greatest D1 softball hitter to come out of Alaska.

She held the state career home run record of 34 from 2010 to 2017 when Anchorage’s Pauline Tufi of Louisiana Tech broke it by one.

Bullock also played one season of basketball for North Carolina A&T and is the only Alaskan to play both softball and basketball at the NCAA Division I level.

She was Gatorade Alaska Player of the Year for basketball in high school, but in college her specialty was softball.

Friday Flashback is a series created by Alaska Sports Report editor Van Williams that looks back on great Alaska athletes from the past.