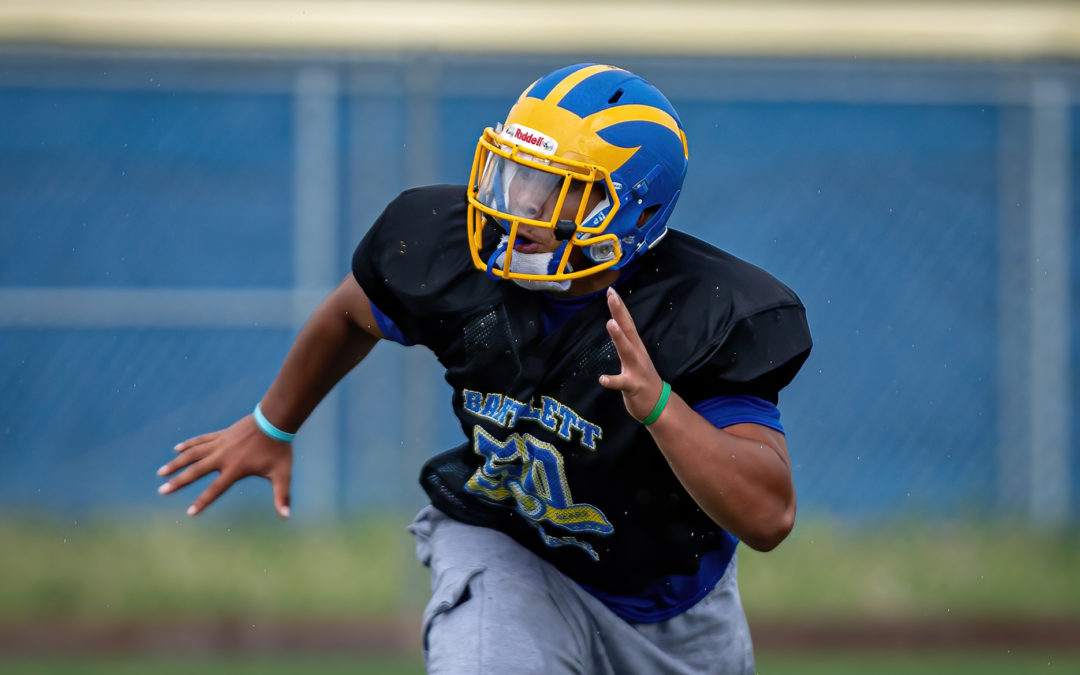 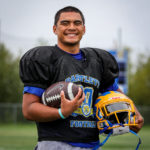 Whether it’s offense or defense, expect to see a lot of Niko Alailefaleula for the Bartlett football team this season.

The 5-foot-9, 230-pounder will be the center of attention due to his play-making abilities and the fact he will seldom come off the field.

“I will never complain that I’m too tired or nothing like that,” he said. “I go 100 percent every play because every play matters, especially now that I’m a senior.

A first-team All-Cook Inlet Conference running back and second-team linebacker last season, Alailefaleula is primed for another big season.

The workhorse in Bartlett’s wing-T offense has rushed for more than 1,200 yards and 12 TDs over the last two seasons.

He’s a short-yard specialist. He’s not necessary ‘Three yards and a clout of dust’ but he is fearless and ferocious.

“I’m not the fastest guy, but I’m willing to drop my shoulder when I see somebody in front of me,” he said. 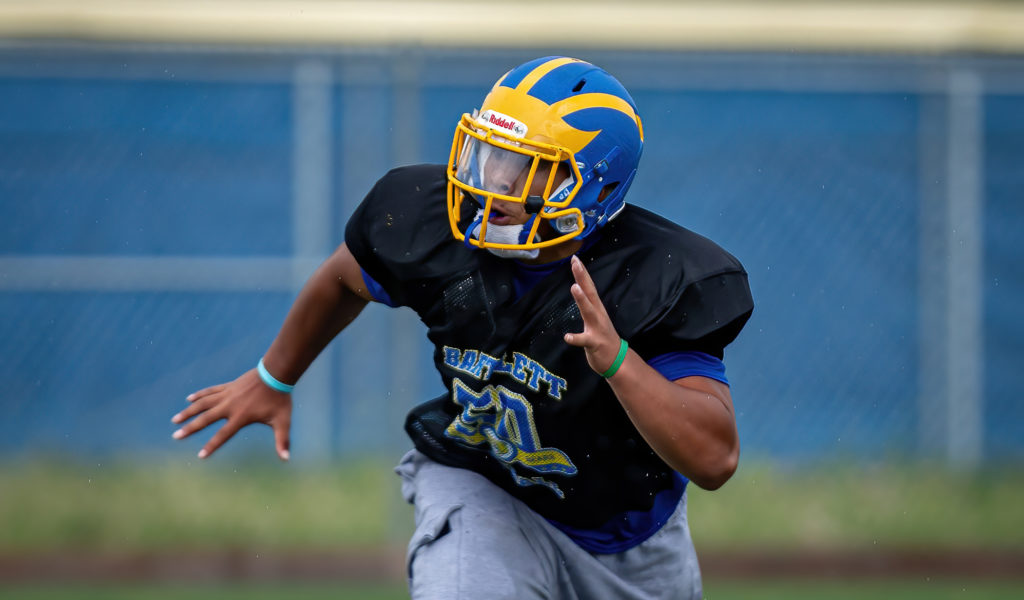 But don’t sleep on his dance moves. Alailefaleula can make a defender miss from time to time.

Like every running back, Alailefaleula will lean on his offensive line, with lean being the operative word.

The Golden Bears are more guts than girth.

“We may not have the biggest line but I feel like we’ve got the most athletic line,” he said. “We are very physical. They are faster than last year’s line.”

Defensively, Alailefaleula will anchor the Golden Bears at middle linebacker, where he can best utilize his vision to see plays and make plays.

“Middle linebacker is like the QB of our defense. I see everything in front of me, direct players, anticipate plays,” he said. “We have a great D-line this year so they will make my job easier.” 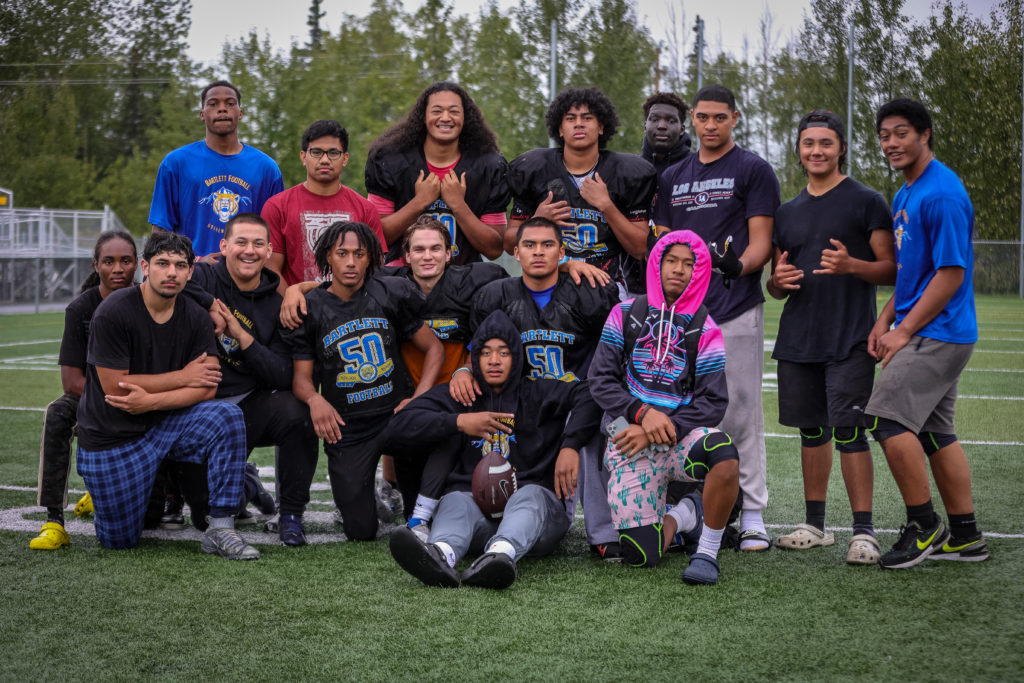 He said success comes when players on a team commit to each other. “I give my all for my teammates and my teammates do the same for me,” he said.

Alailefaleula, who owns a 3.2 GPA, is definitely committed to landing a college scholarship.

He sees himself playing linebacker at the next level and focused on that position at major camps over the offseason at the Polynesian Bowl National Combine in Las Vegas and on the campuses of the University of Washington and Oregon State University.

“I got a lot of good feedback from coaches. I learned a lot from the coaches, even the players that helped me out,” he said.

His dad, Tui, played at Washington. When he was at Oregon State he linked up with former Bartlett star Thomas Sio, the 2018 Alaska Lineman of the Year and the state’s top-ranked player from the Class of 2019.

putting on for AK @Professor_Giant, appreciate for all the advice and wisdom that you gave me to get to the next level, will never forget this moment💯 pic.twitter.com/NLWhpFM2fW

“I know what it takes to make it to the next level,” Alailefaleula said.

He has been in contact with several college coaches and hopes a big senior season will translate to a scholarship offer.

“That’s the plan. I’m trying to play for a scholarship. That’s all I can do on the field, really,” he said. “I’m working hard on and off the field, trying to achieve that dream sooner or later.

“I’m staying patient right now. Nothing is coming right away, but I’m waiting for the moment, and when it comes it’s going to be a great day.”