When Olyvia Mamae enters the field, she is composed, methodically assessing the opposing team and searching for gaps in its defense.

On a breezy evening at the East High football field, Mamae and her teammates entered the arena as underdogs, facing the ever-present Service Cougars. In a previous meeting this season, the Cougars came out on top, trouncing the T-Birds, who are still gaining experience as an emerging flag football team.

“We have a very new team,” said Mamae. “I’m the only four-year returner. After that, it’s two (years) and below.”

Regardless, the T-birds showed no sign of rust as they embarked on their quest against the green and gold. Their efforts minimized the strength of the Cougars, limiting them to just one touchdown in the first half, scored with less than 15 seconds left to play.

Going into halftime, Mamae stayed poised, motivating her teammates while they listened to their coach’s words of wisdom.

“It’s really nice because they accommodate to things very, very quickly,” she said. 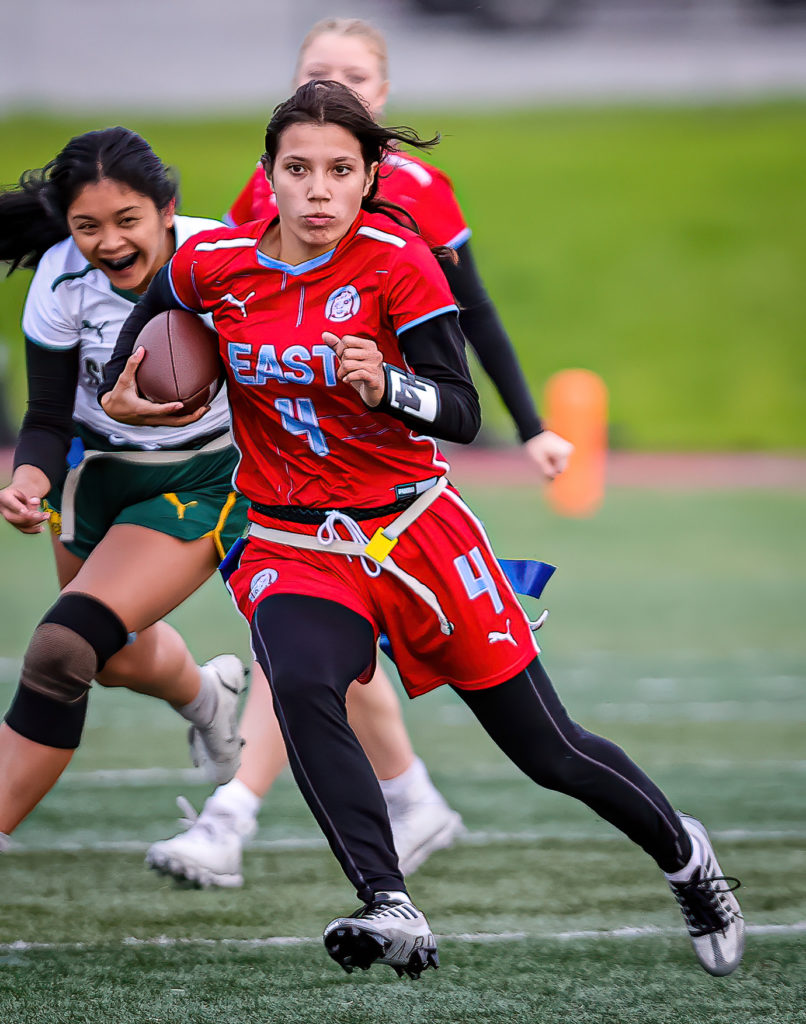 Pretty soon it all paid off.

Mamae, a senior speedster coming off a dazzling track season with three individual medals in undefeated events, received a pass and zig-zagged her way around defenders and into the end zone.

The touchdown appeared effortless as Mamae transformed her sprint speed into rushing yards, leaving the Cougars in her dust. And while she struggles with asthma, no one detected the hindrance as she maneuvered out of reach from her nearest pursuant.

“I usually run the 100 (meter dash), which is the entire field, so I know how fast I can run this field,” said Mamae. “But I have to take into account that I can move around, because in track you just go straight. I just have to make sure I use (my speed) in the right way for flag football.”

While the two teams battled for possession, the final touchdown handed the Cougars a 12-6 victory. The close score indicated East’s growth and showcased progress and promise for the young team. At the end of the day, the team is what makes the sport, bringing together athletes from all walks of life.

“It’s really nice working with the team and having this kind of family that I get to work with,” she said.

Regardless of how the season plays out, one thing is for certain, Mamae will never take any of it for granted. 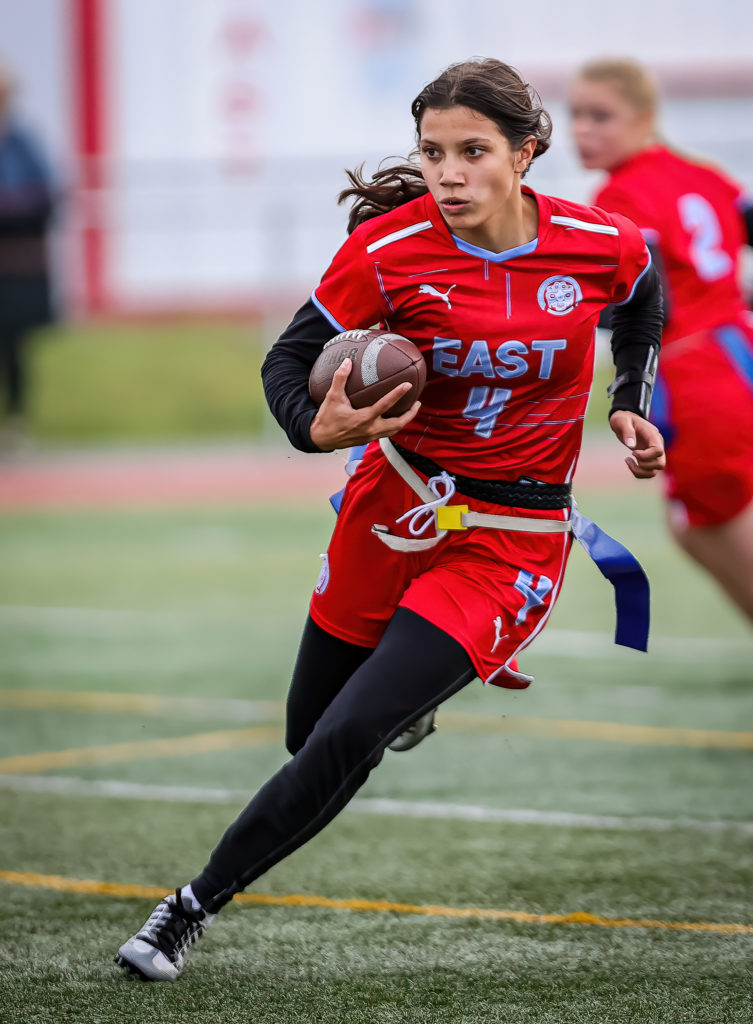