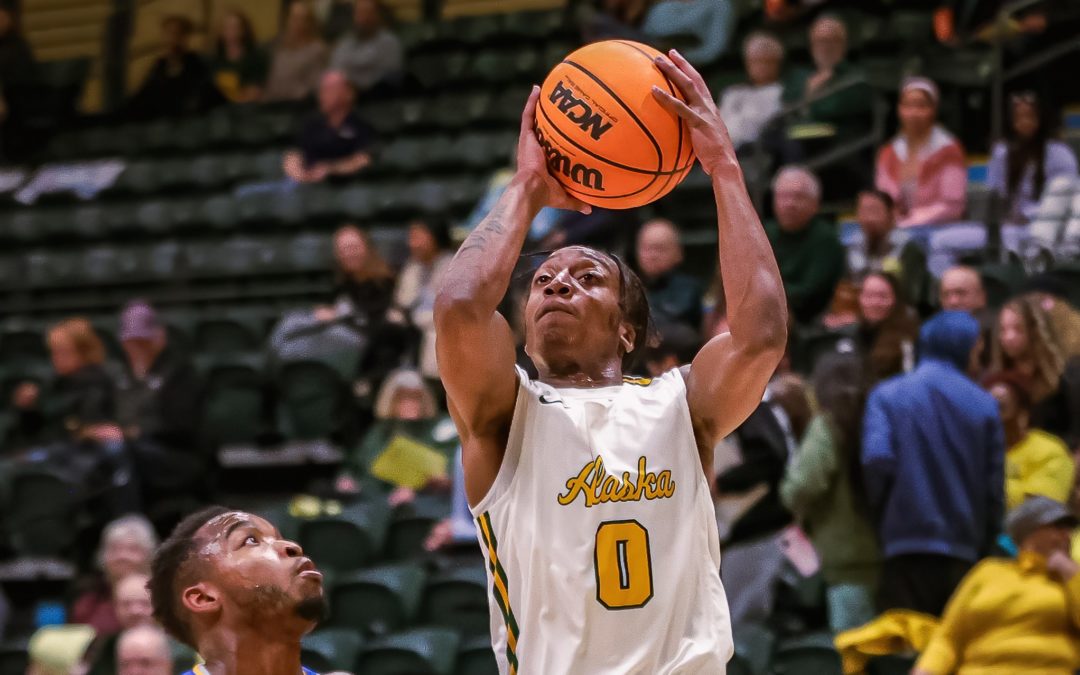 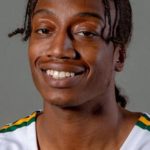 Even in a loss, Da’Zhon Wyche saved the UAA men’s basketball team. Maybe not from defeat, but from potential embarrassment.

The Anchorage native poured in a season-high 29 points and led a spirited Seawolves comeback that ultimately fell short in an 82-77 loss to Chaminade in the Alaska/Hawaii Challenge in Honolulu.

UAA looked cooked in the first half, falling behind by as many as 22 points and shooting just 31 percent. The team was out of sync and the players looked lost.

But Wyche showed them the way in the second half, pumping in 23 points in 17 minutes and leading a courageous comeback on the road as UAA rallied from a 22-point hole to fight back within 78-77 inside the final minute.

The 5-foot-9 guard scored in the post and on the perimeter, hitting back-to-back 3-pointers to cut the lead to four with 58 seconds left. The Seawolves got as close as 78-77 after Sawyer Storms swooped in to clean up a missed shot at the rim and Jaedon Bradley hit a free throw with 40 second left.

Anchorage’s Jaron Williams also got into the act, making two steals in press coverage to set up potential go-ahead buckets.

In the end, however, the Seawolves were doomed by poor individual shot selection down the stretch; first on a failed 1-on-2 drive followed by an airball 3-point attempt trying to draw a foul by jumping into the defender. 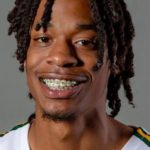 The rest of the second half was nearly perfect as UAA put up 54 points on 19-of-38 shooting and turned a laugher into a nailbiter. Wyche – a former two-time Class 4A Player of the Year from West High – did most of the heavy lifting, but others like Williams chipped in, too.

The former East High standout was clutch in the second half, coming off the bench to log six points, two rebounds, two assists and two steals in 15 minutes. His layup high off glass pulled UAA within 74-63 with 3:13 to play.

Wyche was wonderful down the stretch, hitting 8-of-14 shots at one stretch on a variety of dribble drives and 3-point bombs.

Bradley’s block at the rim led to a fastbreak that Wyche finished with a reverse layup to make it 76-68. Moments later his step-back 3 made it 76-71. Thirty seconds later he swished another 3-pointer to get the Seawolves within 78-74 and suddenly we had a ballgame.

Wyche finished 11-of-26 from the field, going 3-for-10 from 3-point land and 4-for-4 from the free-throw line. He added five steals and three assists in playing a team-high 32 minutes.

He’s been sensational in his homecoming senior season at UAA, with the transfer averaging 18.3 points in his first three games and flashing a 17-3 assist-to-turnover ratio.

In his last outing he dished out 12 assists, the most for a UAA player from Alaska since 2011 when Travis Thompson of Anchorage had 12 dimes against Lincoln Christian.

Who owns the record? Bryan Anderson from 28 years ago.