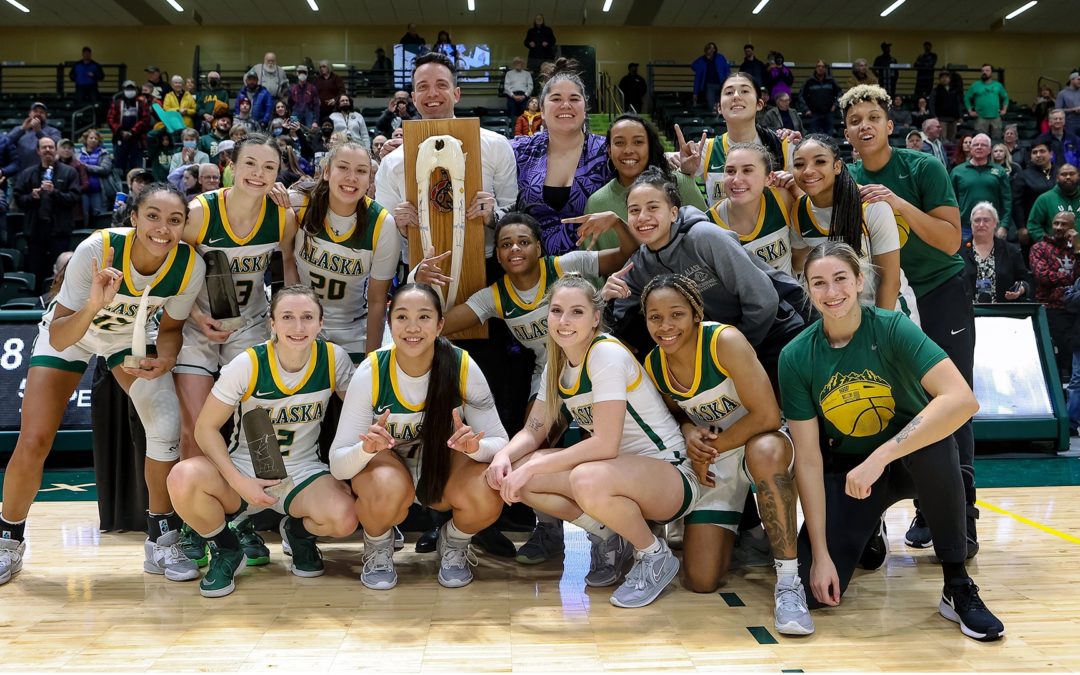 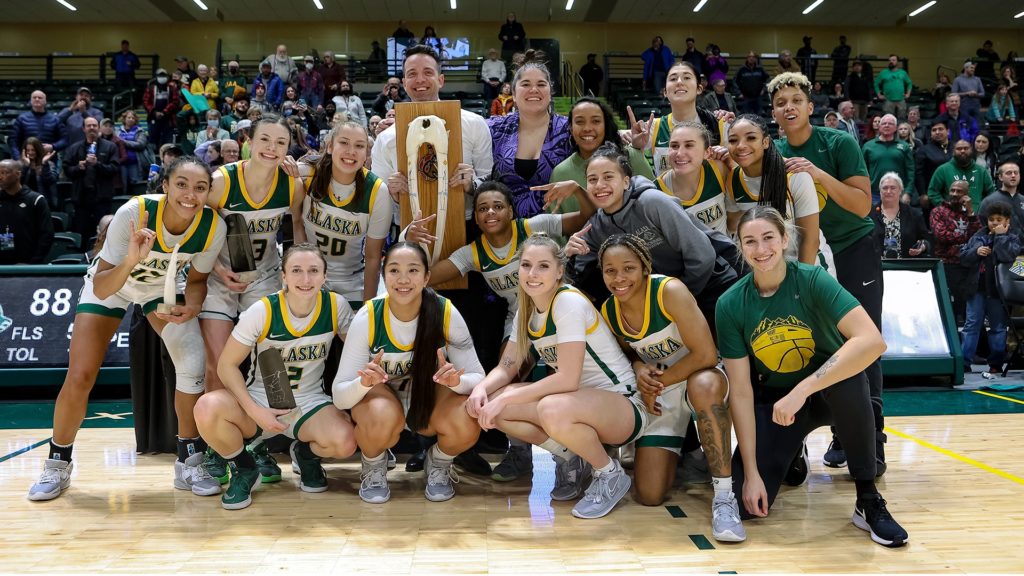 Homegrown Alaskans made all the difference for the Seawolves in a commanding 88-75 victory over La Salle in Saturday night’s Great Alaska Shootout title game.

The nationally ranked Seawolves looked to make it the Great Alaska Blowout after they built a 26-point lead midway through the third quarter before the Atlantic 10 Conference visitors twice got as close as 7 points late in the fourth quarter.

But each time an Alaskan was there to thwart the comeback bid. First, it was a Hajdukovich’s corner 3-pointer. Then it was Pinckney’s must-have jumper from the free-throw line that proved to be the final dagger. 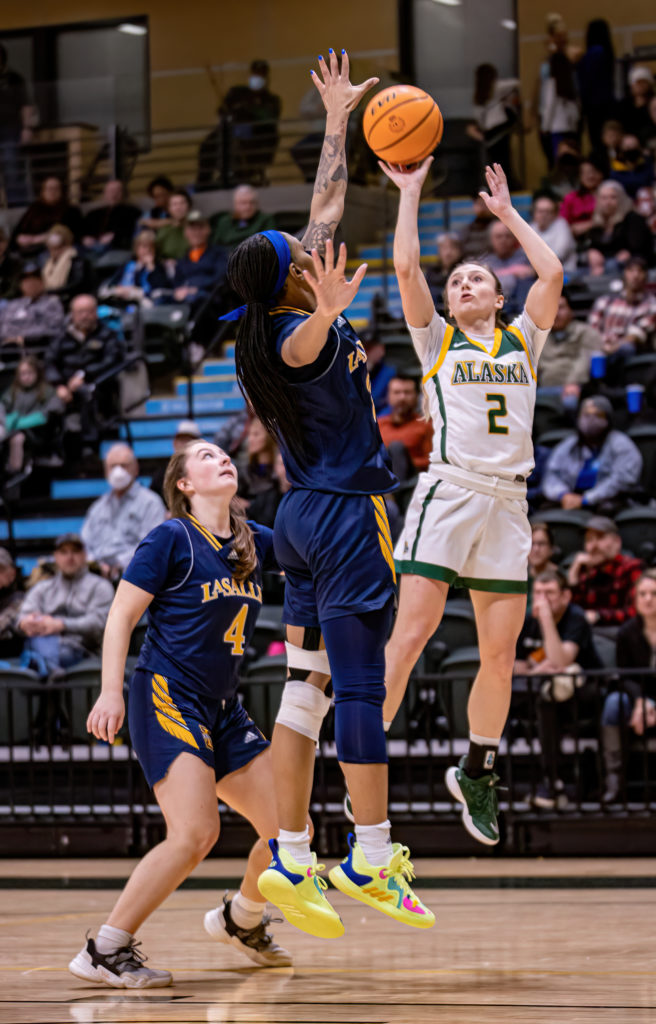 With the win, UAA captured its eighth title in the iconic women’s college basketball tournament that dates back to 1980.

A crowd of 2,302 was on hand at the Alaska Airlines Center to watch the NCAA Division II Seawolves post their 40th all-time victory against a Division I team.

UAA’s Vishe’ Rabb of Minnesota scored 18 points on 7-of-11 shooting and averaged 16.5 points in two games to earn Shootout Most Outstanding Player honors while Hajdukovich and Pinckney made the all-tournament team.

Hajdukovich is a second generation Seawolf who did something her famous mom and dad never did – win the Shootout.

The 5-foot-8 guard out of Dimond High had the best game of her career on the biggest stage, delivering her fourth career 20-point effort and matching her career high with nine rebounds and five assists in logging a team-high 31 minutes.

Hajdukovich helped give the Seawolves the lead for good at 13-12 in the first quarter after scoring on a drive. On the next possession she assisted on Pinckney’s 3-pointer and UAA was on its way. 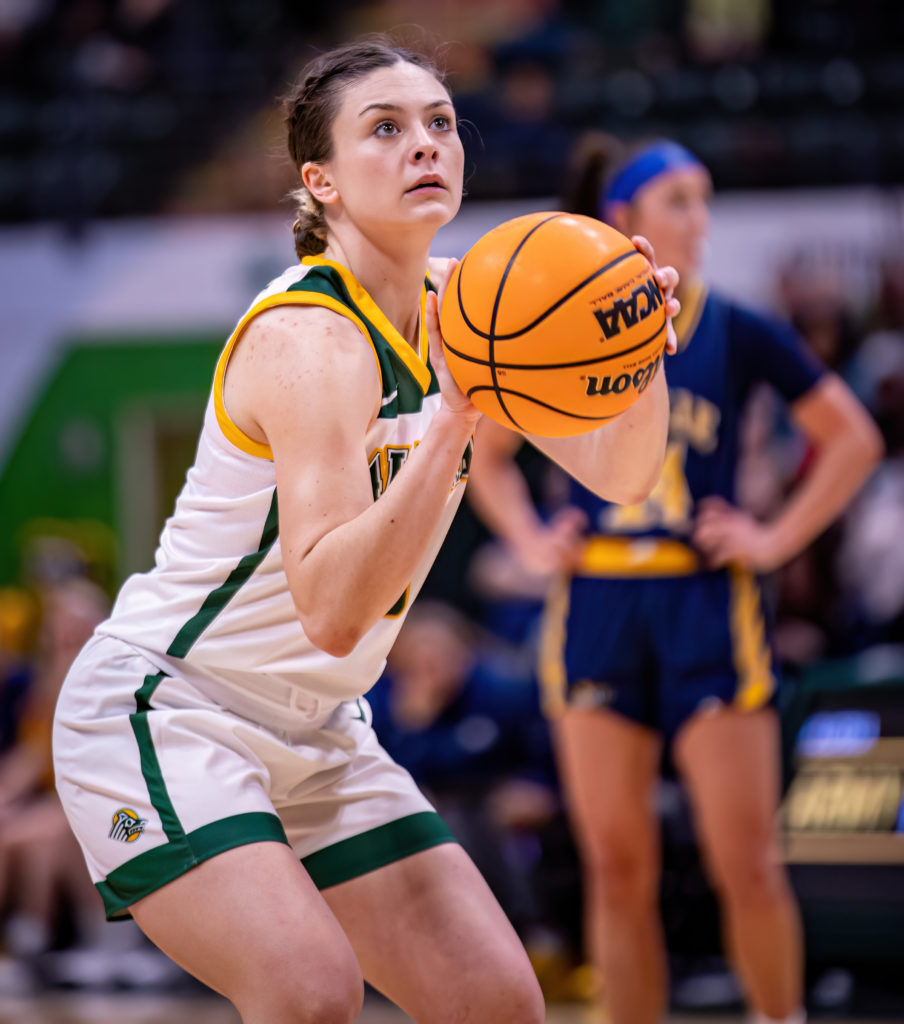 Early in the second quarter, Pinckney and Hajdukovich each splashed 3s followed by another trey from Rachel Ingram as the Seawolves started 5-of-9 from downtown.

Rabb scored seven straight points as the lead swelled to 38-21.

Moments later, Mack dropped in a top-of-the-key 3 without hesitation as UAA carried a 45-26 lead at halftime. 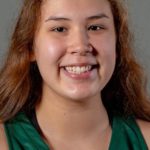 Mack is a two-time Alaska Class 1A player of the year who averaged 40 points a game as a senior. Her 2,577 career scoring total in high school ranks No. 2 all-time, trailing only Alissa Pili, who is now playing in the Pac-12.

Mack was on the court alongside Hajdukovich and Pinckney several times as McCarthy tinkered with different lineups. The AK line was an especially effective unit that helped UAA blow the game open.

The A-10 visitors out of Philadelphia were no pushovers. The team returned nine players from last season, including all five starters, and entered Saturday’s final riding a four-game winning streak.

But the Explorers couldn’t conquer the Seawolves, who outscored La Salle 36-18 from 3-point range, won the battle of the boards 32-22 and enjoyed a 25-21 edge in assists. 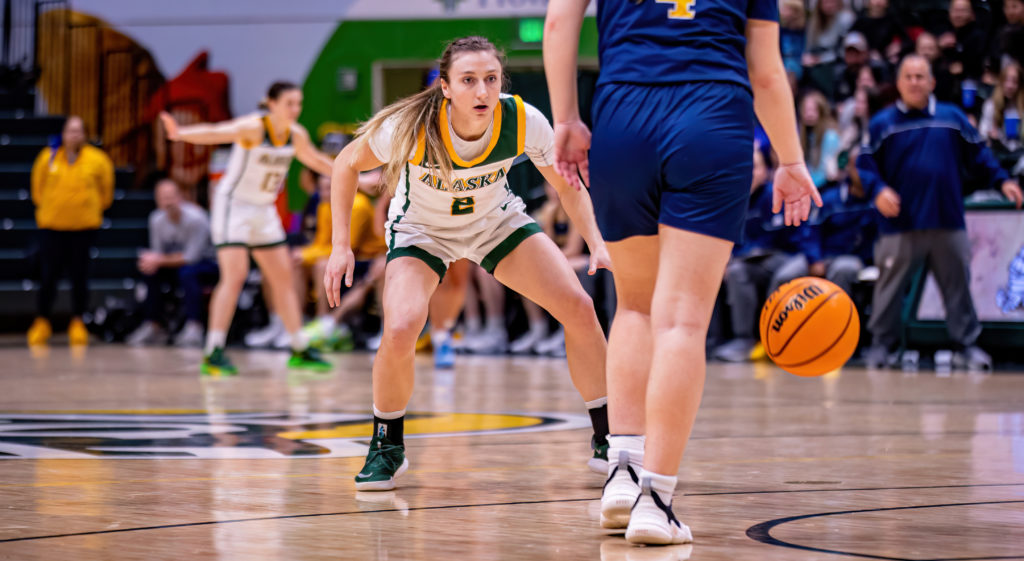 Pinckney was a fabulous floor general who nearly had enough dimes to make a dollar. The 5-foot-5 point guard out of Chugiak High scored 11 points and bested her previous career-high of seven assists set last year against UAF.

She’s also the only UAA player with previous Shootout experience, the lone holdover from the 2017 squad. Now she’s a two-time tournament champion.

So is McCarthy. As well as associate head coach Shaina Afoa, another Alaskan on the roster.