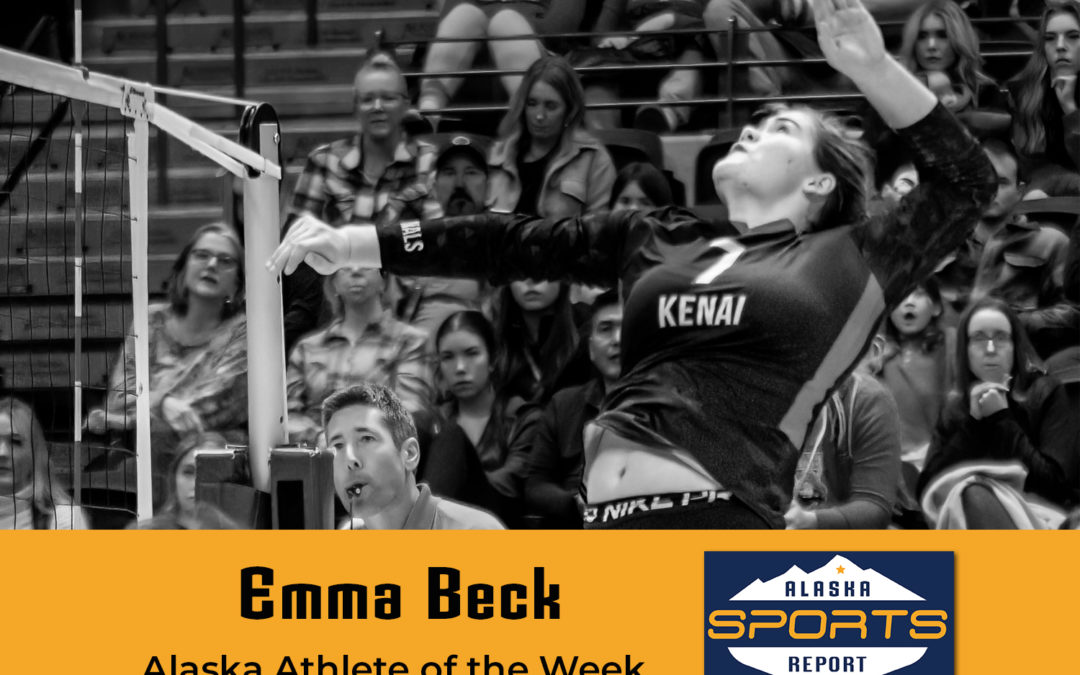 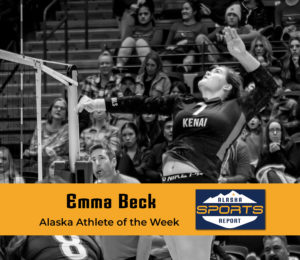 Emma Beck was named our Alaska Athlete of the Week after leading Kenai Central High School to its first state volleyball championship after decades of competition.

The junior was spectacular during Kenai’s three-set championship match victory over Valdez, posting 18 kills and five blocks and being named the Class 3A tournament’s outstanding hitter.