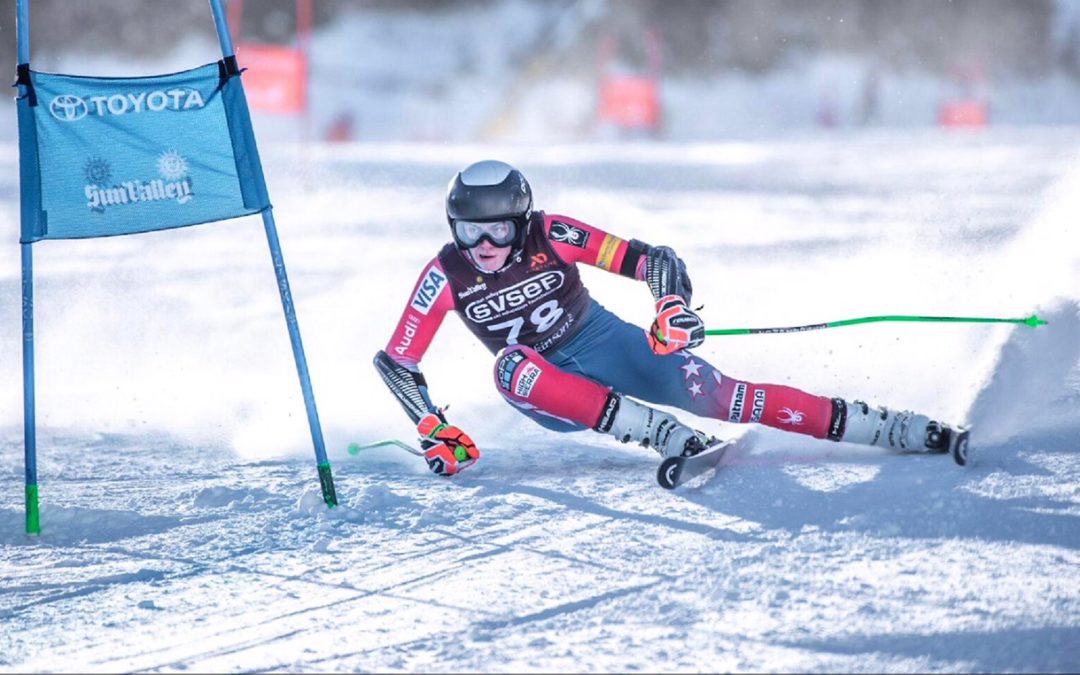 Finnigan Donley of Anchorage is only 17 years old and making the most of his experience at the 41st World Junior Alpine Ski Championships in Austria.

After all, gaining a spot on the U.S. team was a huge surprise.

“I was extremely excited when I found out I qualified for World Juniors,” Donley told Alaska Sports Report by text. “I couldn’t believe it.” 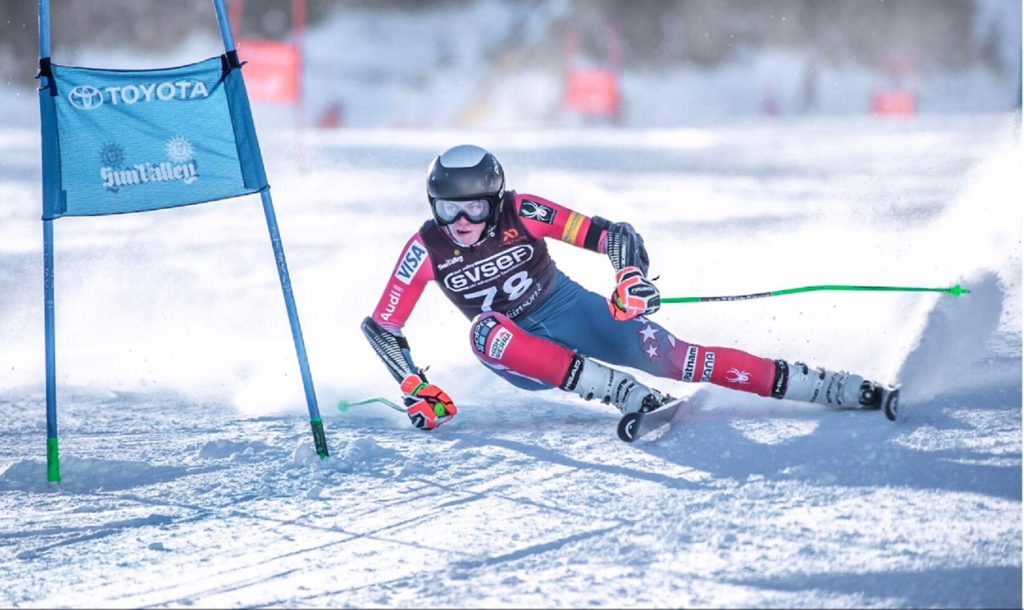 Donley, who is from Anchorage and joined the Sun Valley Ski Academy in Idaho last year, got the call from U.S. coaches on January 8. Two days later he was on his way to St. Anton, Austria, to race the best juniors on the globe.

And today he raced the perilous downhill event, placing 29th among 50 starters. Only four of them were under age 18 and Donley was the fastest among them. 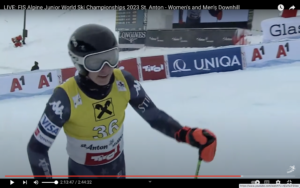 “It was a pretty solid day for me. I am happy with my skiing,” Donley texted. “Experience is very important in downhill because it is very challenging to read the terrain at high speeds. I feel like racing very competitive races on challenging and icy tracks is helping me learn how to improve my skiing every day.”

Donley, a senior in high school, embraces being the youngest member of the U.S. team.

“It is great to learn from all of the older guys and push myself to be at their level,” he said.

The last Alaskan to race at World Juniors was Kieffer Christianson representing the Alyeska Ski Club. Christianson was also 17 years old when he raced at the 2010 championships in France. Christianson did not finish either of his races that year, but competed at World Juniors the subsequent three years with a best result of ninth in the giant slalom in 2012 in Italy. 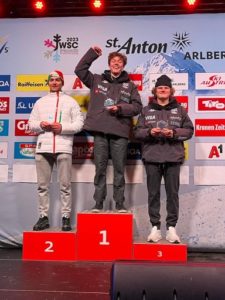 Finnigan Donley at the top of the Downhill podium for U-18 finishers. Photo courtesy Kevin Donley.

Donley, the son of Kevin and Shannon Donley, is part of an athletic family. He attended West Anchorage High School for two years before moving to Idaho for competitive skiing reasons and because it was better for his academics, Shannon Donley said. Tutors travel with the Sun Valley athletes when they race, she added.

Two other aspects of the races being in Austria are meaningful for Finnigan. Shannon’s father is from Austria and Finnigan has cousins and other family members there cheering him on.

Also, a good friend of his from Anchorage, Paul Melchert, has qualified to race the Freeride World Junior Championships January 23-26.

“It is amazing that Paul will also be competing nearby and I will do my best to see him if possible,” Donley said. “It is great because we grew up skiing and biking together and it is good to see him finding lots of success in freeride!”

In the meantime, Donley will focus on Friday’s Super-G, which will complete his championships. Donley also races  slalom and giant slalom but did not qualify in those events in St. Anton.

UPDATE: Donley placed 13th in Friday’s Super-G, 1.21 seconds behind winner Livio Hiltbrand of Switzerland. His run of 1 minute, 1.38 seconds placed him as the top American, and he celebrated with a huge smile after her crossed the finish line as saw his preliminary result. The steep, winding course took its toll on competitors, as only 34 finished with another 37 failing to finish due to missed gates or crashes.