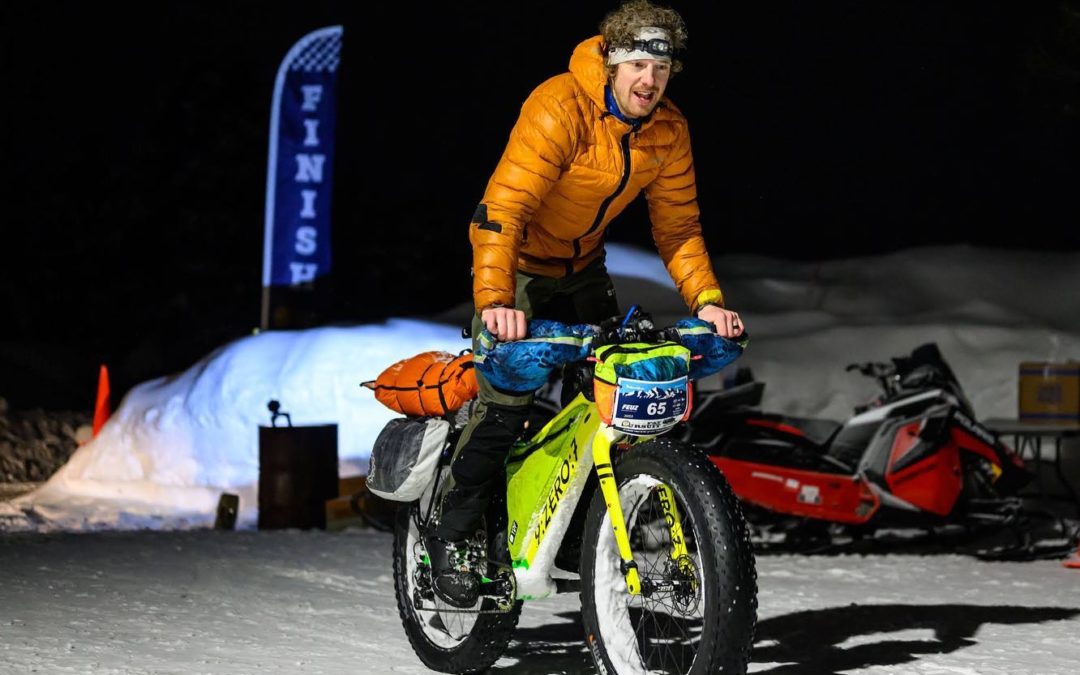 Alaska is the birthplace of fat tire bike racing, so it should come as no surprise that an Alaskan has again excelled at a major Lower 48 event.

In his first try, Tyson Flaharty of Fairbanks claimed the 124-mile Fat Pursuit in Island Park, Idaho, winning by more than an hour in 20 hours, 44 minutes.

Flaharty, riding an Alaska-made 9:Zero:7 Lynx that included bike bags and pogies he fashioned himself, trailed Seth Harney of Buena Vista, Colorado, by four minutes at the “Breakfast Stop” checkpoint (after 15+ hours of riding). He later pulled away, finishing 64 minutes ahead of Coloradoan Alex Howes and 66 minutes ahead of Harney.

The route included 7,700 feet of climbing and all but 21 miles were contested on unpaved terrain. The race rules include having to stop after four miles and boil a pot of water to display emergency backcountry proficiency. 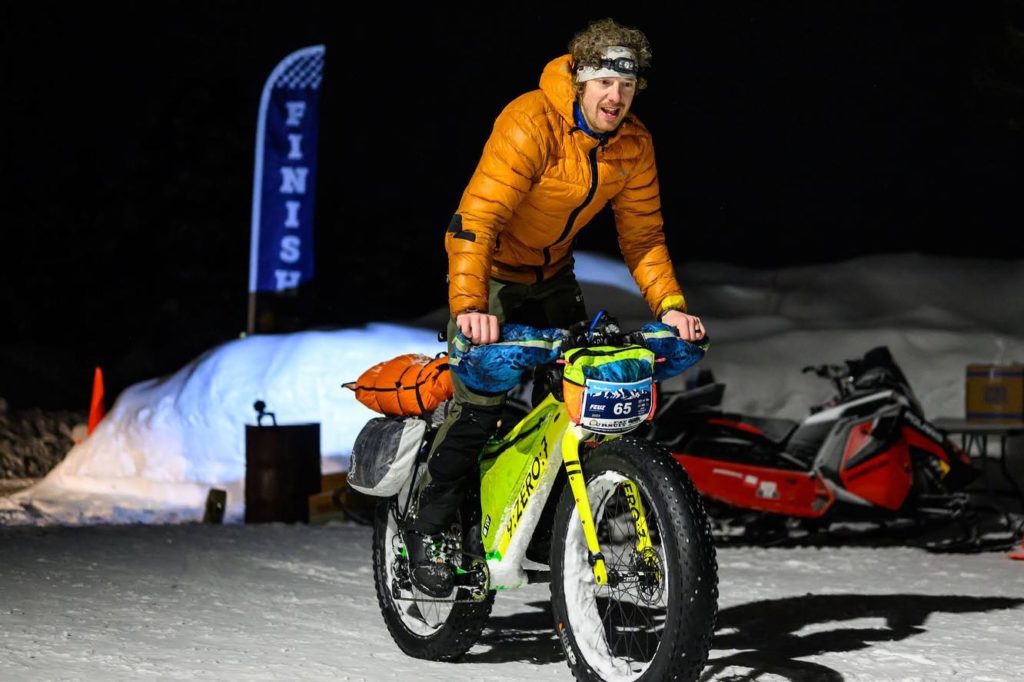 The 10th annual event in the greater Yellowstone region is directed by Jay Petervary, who earned his fat-biking chops at the Iditarod Trail Invitational, which he’s completed 12 times (including four 1,000 mile trips from Knik to Nome).

Jamie Hollingsworth of Fairbanks placed 17th overall in 29:38. The race included 45 finishers — 40 bikers and five runners — while 14 starters dropped out.

Flaharty, a mechanic and manager at Goldsteam Sports, is just getting started this season.

In late February, he’ll be back to defend his 2022 title in the Iditarod Trail Invitation 300-miler to McGrath.

In late March, he’ll be chasing another win at the White Mountains 100-miler near Fairbanks. In 2022, Flaharty rode to victory and then completed a first for the event: he followed up with a second tour of the full course just for fun.