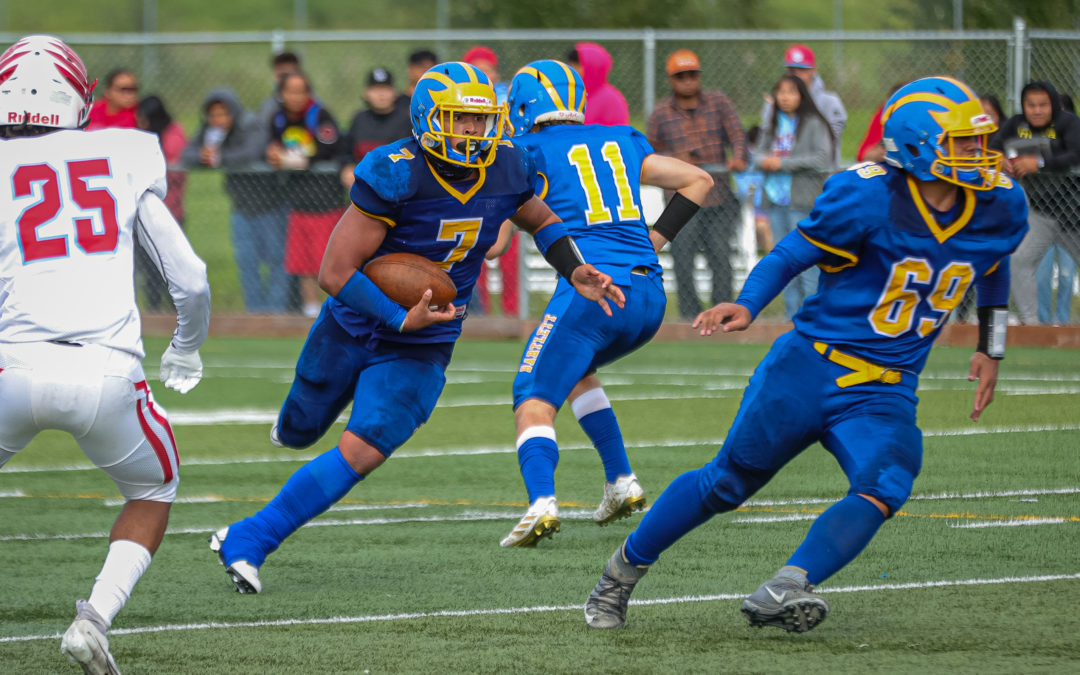 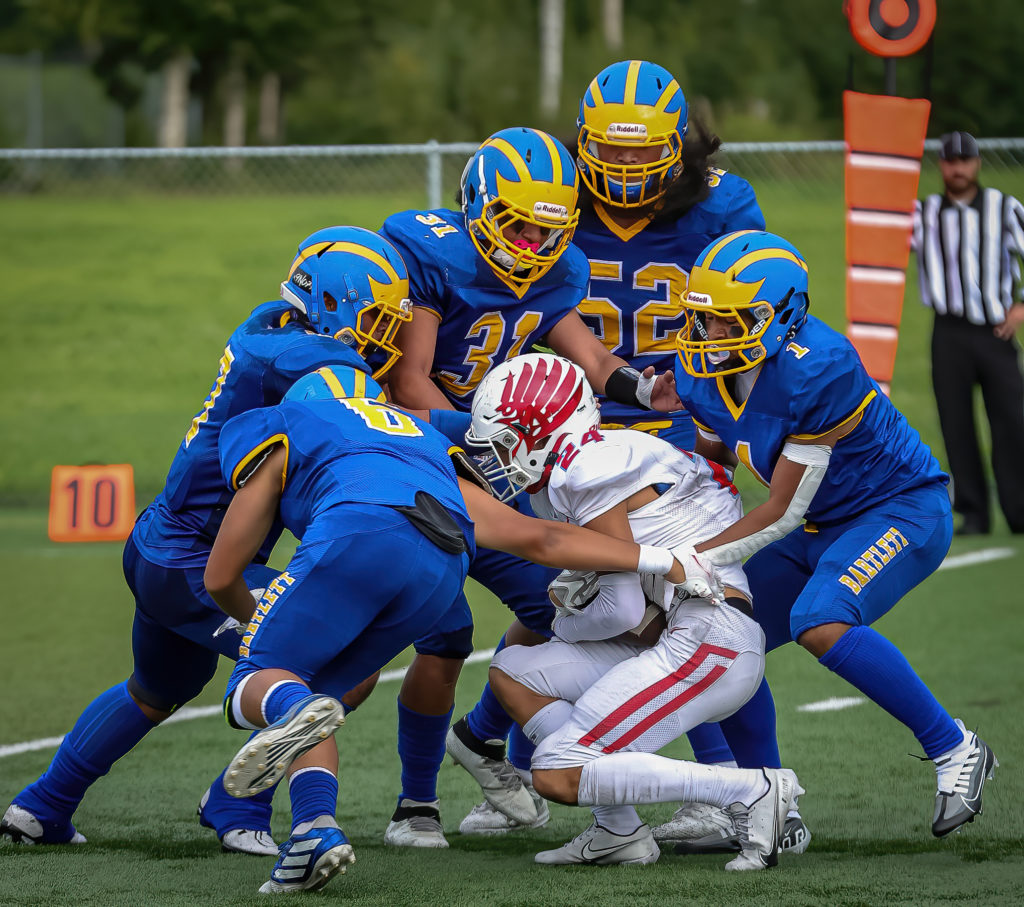 Eager to scrub away mistakes made in last week’s loss to Juneau, the Golden Bears on Saturday played a spotless first half on their way to posting a 32-14 win over East in the annual battle for “The Boot.”

Bartlett led 20-0 at halftime and finished the game with five rushing touchdowns, including two apiece from Niko Alailefaleula and Zuriel Guzman.

“Our big focus going into this game was execution on offense. We had to clean up the turnovers and missed blocks and bad paths,” said Bartlett head coach Chance Matsuoka. “Our kids adjusted, worked hard all week and executed. I’m extremely proud of our players. They’re a fun group to coach.”

Bartlett’s boys up front – Torino Sio, Zachary Posala, Ezekiel Posala, Daniel Harris and Elijah Savea-Vaivai – controlled the line of scrimmage and made it possible for the running backs to go to work and produce Bartlett’s first win in two games in the Cook Inlet Conference.

“Our blocking is key in our offense, not only the O-line blocks but also our running backs, too,” Alailefaleula said. “If we get to our blocks, it opens it up for the other running back to make a big play.” 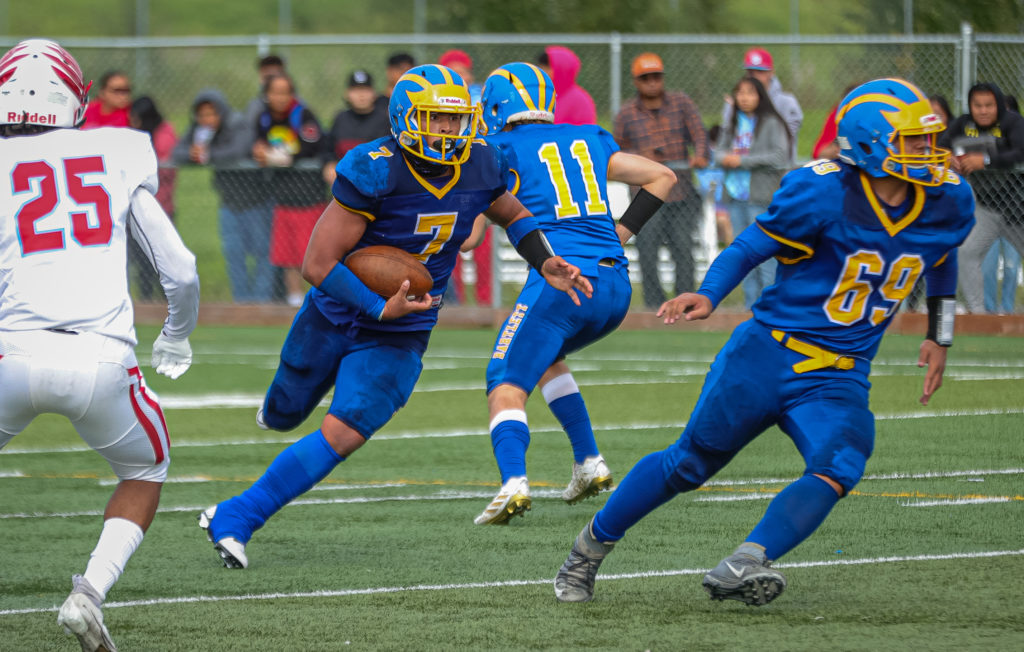 The bellwether back scored both of his touchdowns in the first half, with the first one coming on a 32-yard scamper just five minutes into the game.

Later, the 225-pounder plowed into the end zone from 10 yards out, breaking four tackles and bouncing off defenders like a pin ball.

Alailefaleula’s effort and energy set the tone for the rest of the way.

“When we get touchdowns or big plays,” he said, “our energy only goes up and when our energy is up, we as a team play better, have fun, and have an opportunity to make more big plays.”

Guzman, a speedy 150-pounder, scored in each half for Bartlett and 260-pound Manu Satele also made a house call.

“The O-line and running backs always have to be on the same page,” Alailefaleula said. “If we didn’t have the chemistry that we have right now, we can’t execute our plays to the fullest. The ball will always move forward if we all do our assignments.”

Everything was clicking for the Golden Bears, who recovered an onside kick and played well defensively behind Thalit Bayath, Justin Forbes, Satele and Alailefaleula.

“Our defense was great last week, and they showed up again this week,” Matsuoka. “They stuck to the game plan and played hard. The effort was phenomenal. I didn’t see their energy lapse at all during the game.”

“The Boot” game has been played annually between East and Bartlett for the last two decades in memory of former East all-state defensive lineman Aanooalii “Auno” Filoialii, who was killed in an auto accident in the summer of 2002.

“The Boot” is one of his football cleats mounted on a trophy base that goes to the winning team.