CIC Football: It’s deja vu all over again for Colony, which wins on pick six for 2nd straight week 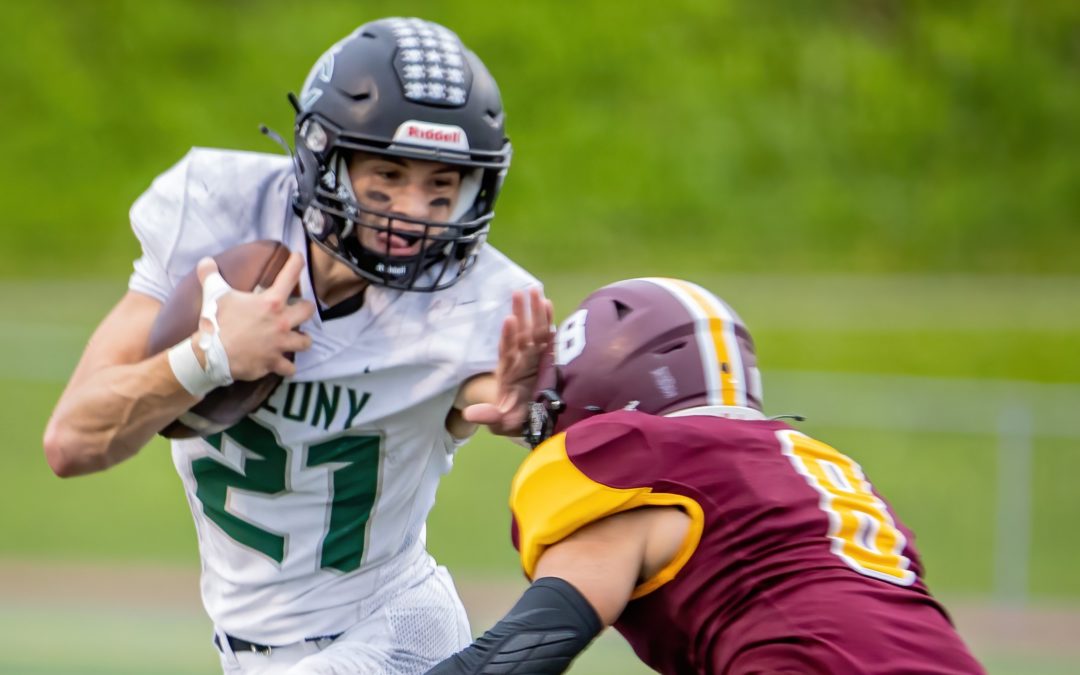 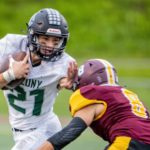 Colony’s Jack Nash has implemented a ‘No-Fly Zone’ in the Cook Inlet Conference.

One week after grabbing two interceptions, the junior defensive back picked off four passes and won the game with a pick-six late in the fourth quarter as the Knights scored a stunning 21-14 victory over Dimond.

Nash’s 49-yard interception return for a touchdown comes just one week after his 75-yard pick six propelled Colony to a 24-21 win over East.

In both wins, Nash put in team in control with a pick six and then sealed the deal with another interception inside the final minute to thwart an opposing team’s drive for the go-ahead or tying score.

Nash is also Colony’s quarterback and anchored a rushing attack that chewed up the Lynx for 280 yards and two rushing touchdowns – one by Shayne Holladay and the other by Nash. 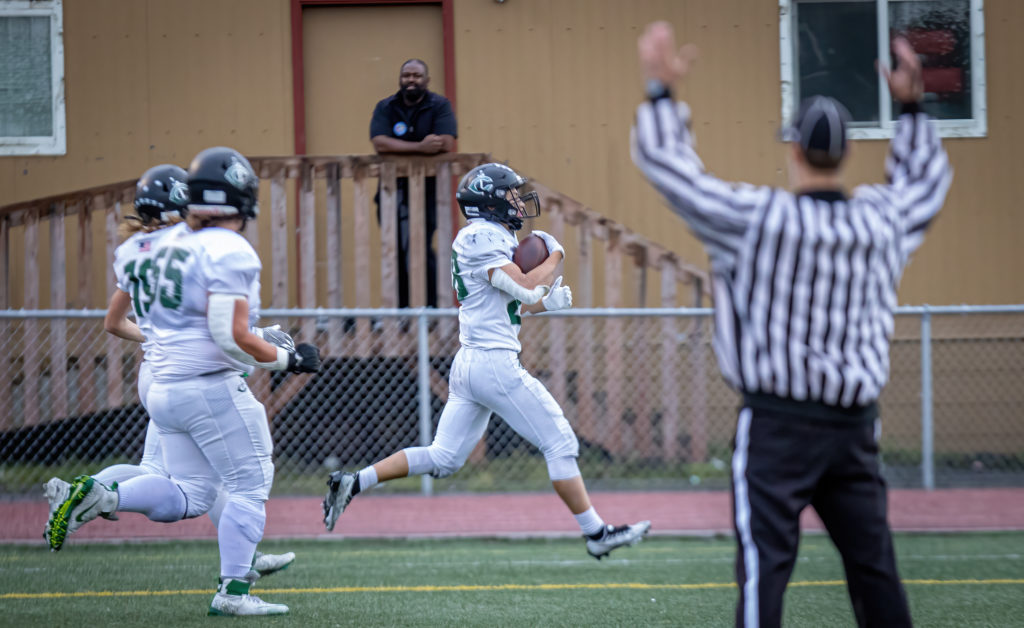 Colony’s terrific receiver tandem of Jayce Underwood and Trevor Jamison were shut down.

Dimond led 14-0 at halftime thanks to a touchdown run by Kaleb Fautanu and a touchdown pass from Tyler Reese to Malachi Casey.

“We talk in the second half about how it was time to fight,” Robbie Nash said. “We’re done with the high of beating East. Now you guys gotta battle.” 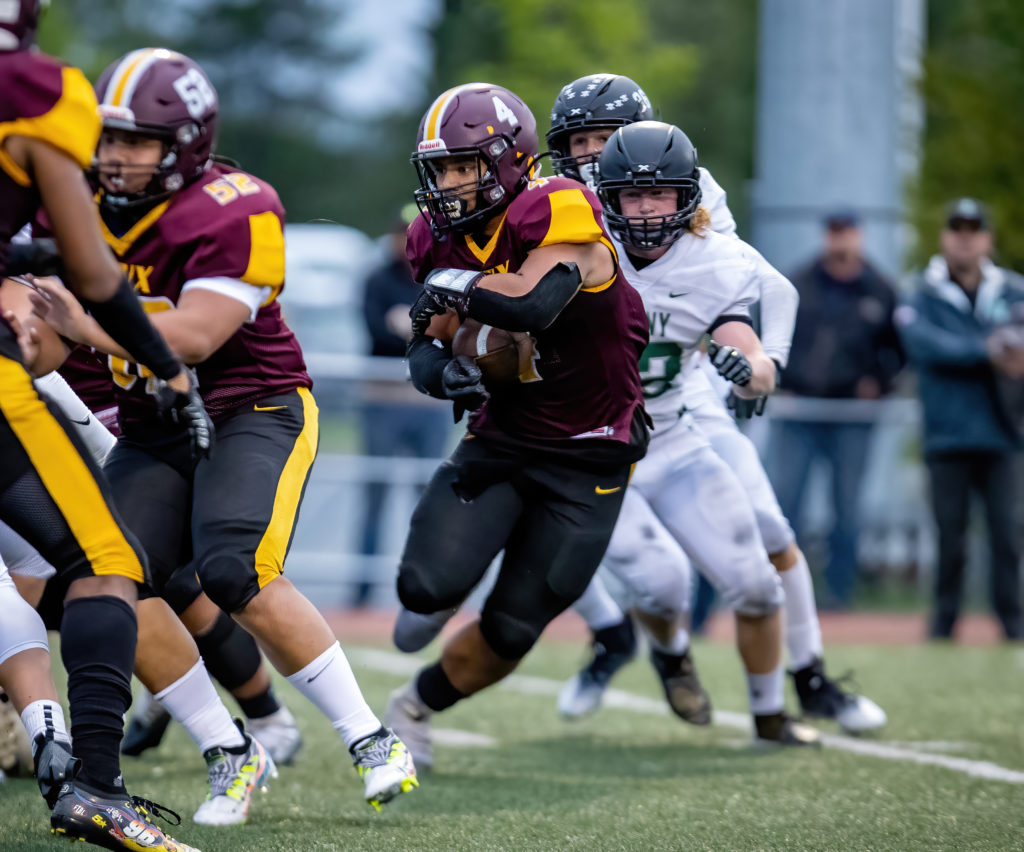 Holladay pulled Colony within 14-7 in the third quarter and finished with 70 yards on the ground.

Jack Nash tied the game with a touchdown run in the fourth quarter and then put the Knights ahead with his pick-six with 2:30 in the game. In a wild turn of events, Colony went from seeing Dimond march down the field to watching Nash jump a route and take it the house.

Dad manages to keep his coach’s cap on while his son is on a serious heater.

“I’m trying to program the next play as soon as something happens, so it doesn’t really sink in,” Robbie said.

Let this sink in: Colony is 3-0 in the CIC going into next week’s home game against Juneau in Week 4. Dimond (1-2) will host Bartlett next week. 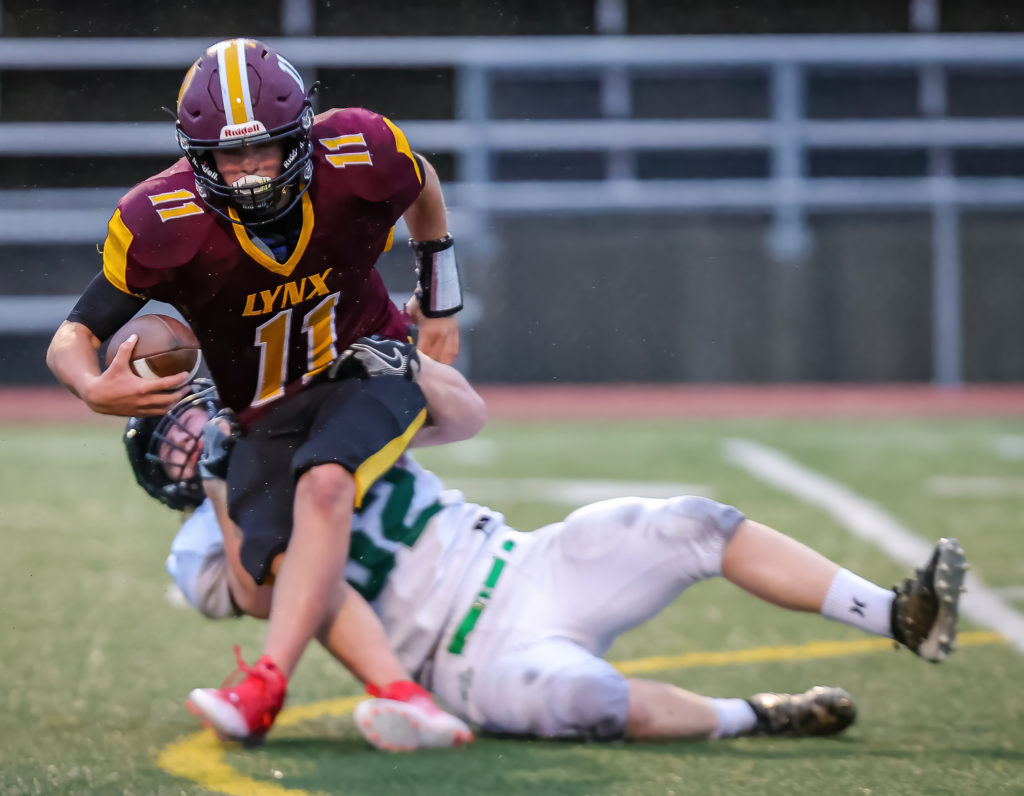